Marte Olsbu Røiseland is a well-known Norwegian biathlete and a 3-time winter Olympic gold medalist. The Norway international made her world cup debut in 2012. In the 2022 Winter Olympics, Marte won three gold medals and two bronze medals in Beijing. She is also an 11x world champion.

Three times winter Olympic gold medalist Marte Olsbu Røiseland was born in Arendal, Norway, on 7 December 1990. Currently, she resides in Froland and is 31 years of age as of 2022. The Norweigan biathlete Marte's zodiac sign is Sagittarius. She has a height of 5 ft 6 inches and weighs 62 kg.

Marte Olsbu Røiseland is the daughter of her father Ketil Bjørn Olsbu and mother is Helga Oslbu. The Norwegian athlete has a sibling, brother Nils Bjørn Olsbu. Her family is very supportive and is very close to her. She loves spending quality time with her family.

11x World champion Marte has won various individual awards and achievements. She is one of the Norweigan athletes that has won numerous awards and medals in the Olympics, world championships and the world cup.  Marte made her debut in the world cup in 2012, where a Norwegian biathlete Marte competed in the Biathlon. Likewise, she also represented Norway in the world Championship, winning 11 gold medals. 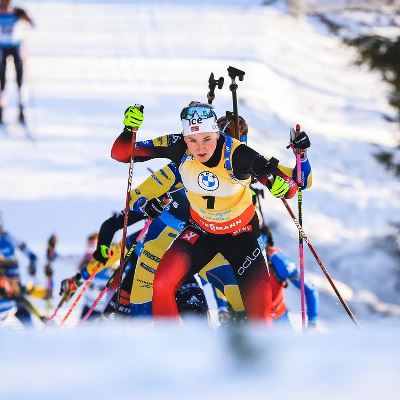 Talking about her Olympic career, Arendal-born biathlete Marte succeeded in winning two bronze medals in the 2018 Winter Olympics in Pyeonchang. Reportedly, Marte also won three gold medals in Beijing 2022 Winter Olympics. She also became the second biathlete to win a medal in all four individual events at a single Olympic.

In 2021-22, Norwegian nationality also won the world cup. In her overall career as of now, Marte has won 15 gold medals, two silver and six bronze medals in various champions cups and Olympics.

Marte has an estimated net worth of around $5 Million. However, the actual earning numbers are still unknown. The athlete made the most of her money as a professional biathlete. Observing her lavish lifestyle on social media, Marte is learning a handsome income from her career. On top of that, Norway international also boosts its net worth via sponsors and endorsements deals.

3-time Beijing Winter Olympics gold medalist Marte is the wife of her beloved husband, Sverre T.Røiseland. The love birds are very frank about their love life with the public. Before walking into the marriage aisle, they had been in a relationship. 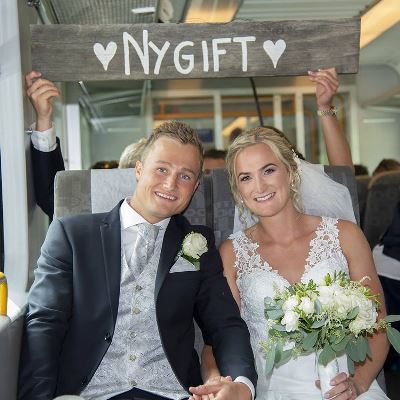 On August 11, 2018, the duo got married in Norway ,where big celebrities and athletes were also in attendance. The couple is yet to have a baby. They love their marital life and are satisfied with each other.