Mark Roe was born Mark Adrian Roe on February 20, 1963, in Sheffield, England. He is the son of Gordan Roe and his wife. Mark did not come from a reputed family so, much about his parents and early life is still under the radar. Talking about his physical appearance, Mark stands exactly six feet and weighs 75 kg.

Mark Roe has an estimated net worth of more than $2 Million. The famous English professional tennis player credits most of his net worth to his successful career in golf. A golf player does not need to win an event to earn their prize money; rather, they earn the prize money per the round they reach at the end of the game. Also, They have a handsome amount from their sponsorship and advertising deals. 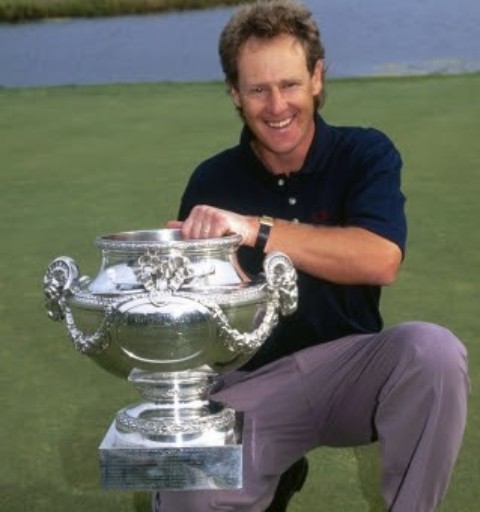 Mark shares a photo with his title SOURCE: Golf

Mark is married to his longtime girlfriend, Jane Roe. The love birds have been married for more than thirty years. None of them were in the spotlight at the time of their marriage so, much about their marriage is still under the radar. Unlike other golf players, Roe does not show much presence in social media and has successfully kept his personal life away from the public.

Mark was a gymnast, trampolinist and springboard and high-board diving champion in High School and later started practicing golf to heal his injury. Roe turned professional in 1981 and made his debut in the lower division. He qualified in the European Tour qualifying school. Roe won his first European Title in 1989, winning the Massimi Dutti Catalan Open.

Mark won his second title in 1992 at the Trophee Lacome. He played in the Open Championship and reached T16 in the 1990 season. The player won his third title in 1994 at the Peugeot Open de France. Mark also got a chance to represent England in the Alfred Dunhill Cup in 1994. In 1999, He was out of the game after Mark tore a ligament in the ring and little fingers of his left hand after grabbing his dog's collar. Roe eventually announced his retirement in 2006.