Tampa, Florida native, Mark Reyes was born on 5th April 1996, under the star sign Aries. the twenty-four years old holds an American nationality and is of mixed ethnic background. Fights in the welterweight division, he stands 5 feet 8 and a half-inch/174cm tall.

It's been almost five years since Mark Reyes has started boxing professionally. It's no secret that the majority of money professional boxers make comes from competing in the ring. They earn a split of the “fight purse” for competing in a boxing bout. However, there are no financial reports on how much Reyes makes per bout. According to the source, the median salary of a professional boxer is  $51370.

Like other athletes, boxers have sponsorships and endorsements. Similarly, Mark is sponsored by various brands including SABAS CHAMPIONS FIGHT GEAR, Alamer Apparel Official, and EMPIRE PRO TAPE. As of 2021, his net worth is approximately $0.1 million.

It's unknown if Mark Reyes is married or not but the boxer is raising two children: a son and a daughter. He often shares pictures with his children on his IG. However, he never disclosed his relationship status and the mother of their children. Must say, he has maintained his personal life low key. 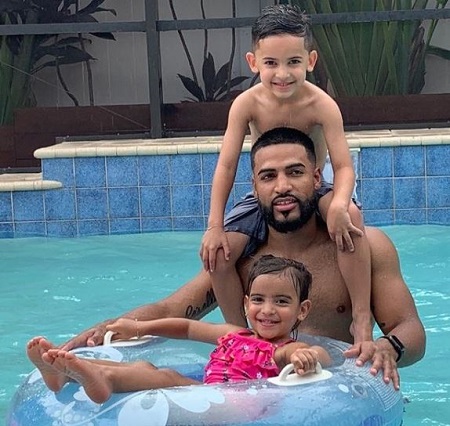 What's more, he supports kids suffering from cancer by organizing boxing clinics and cheering on young people and their families at the Children Cancer Center in Tampa, FL.

On 16th February 2019, he defeated Rodrigo Lopes Rodrigues at St. Petersburg Coliseum, Saint Petersburg. After six months he took up to Lamont White, defeating White via TKO. His 2019 last bout was against Gabor White on 23rd November. He won the fight via TKO.

On 17th February 2021, he had his career first loss against Janelson Figueroa Bocachica.