Pomona, California native, Mark McGwire was born on 1st October 1963, under the star sign Libra. The fifty-six years old holds an American nationality and is of white ethnic background.

How Much Is Mark McGwire's Net Worth?

As of 2020, Mark McGwire's net worth is approximately $60 million. Throughout his 15 years of playing stint, he made total career earnings of $74 million in salary. Also, he summoned tens of million from endorsements. 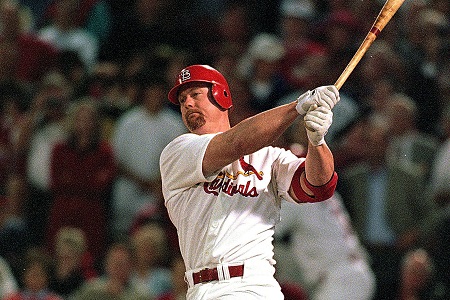 Besides, he earned a tremendous sum of money through his coaching career. Hitting coaches in the major leagues are paid a yearly salary in the six-figure range, and top coaches make approximately $1 million annually.

He previously owned various real estate properties including a $2.52 million house in Alamo, California, and a $3.94 million home in Irvine, California.

McGwire has married twice in his life. He first tied the knot with his Kathlene Hughes in 1984. In 1987, they welcomed their first child, Matthew McGwire. In 1990, the couple divorced. 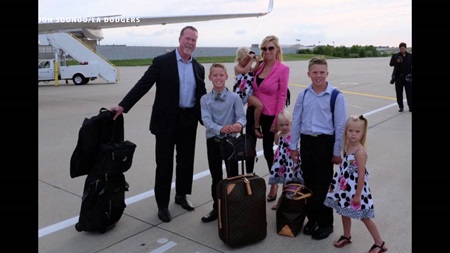 Matthew McGwire with his wife, Stephanie Slemer and the SOURCE: YouTube

Mark McGwire was born to Ginger McGwire and John McGwire, a dentist. His brother Dan McGwire was a NFL quarterback for the Seattle Seahawks and Miami Dolphins in the early 1990s and was a first-round draft pick out of San Diego State University. While his other brother, Jay McGwire is a bodybuilder, who wrote a book in 2010 detailing their shared steroid use.

He enrolled at Damien High School in La Verne, California, where he excelled at baseball, golf, and basketball. In the 1981 amateur draft, he was picked by the Montreal Expos but did not sign. Further, he played college baseball at the University of Southern California.