Marco Tilio is a professional football player from Australia and currently plays in the A-League club, Melbourne. Tilio plays in the forward position for Melbourne City and has played for them since 2020. He plays with jersey number 23 for the club.

Who is Marco Tilio? (Early Life and Family)

Marco Tilio was born on August 23, 2001, in the beautiful town of Hurstville, New South Wales, Australia. According to astrologers, he belongs to the Virgo zodiac family.

Although he has not given much information about his parents to the public, his parents were supportive when it came to soccer for Tilio. Tilio's weight is under the radar, talking about the appearance he has short brown hair with brown eyes.

What is the Net worth of Marco Tilio?

According to the sources, Marco Tilio's estimated net worth is over $ 500K approximately. Marco Tilio's property includes his money, earnings, cars, houses, and assets. 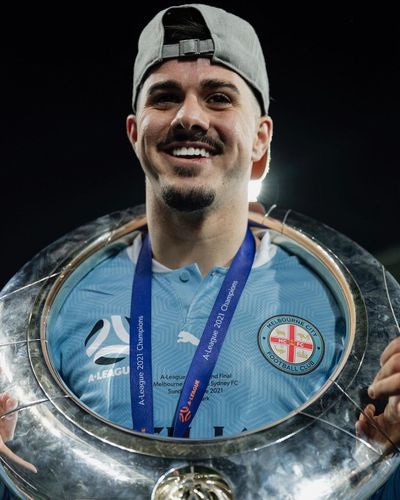 Playing for Melbourne, Marco Tilio has a weekly salary of $938, which sums up to $45,000 per annum. He might have a boosted salary in coming years after getting promoted from the Reserve squad to the main team.

Melbourne's forward has been playing professional soccer from a young age, and he might boost his career in millions in the coming years.

Is Marco Tilio in a relationship?

Australian forward Tilio is a very closed person who prefers to keep his private life out of media reach. Besides, Marco Tilio also has never shared any info about his relationship on social media.

Melbourne's forward has not disclosed his affairs and relationship to his fans to date or might be waiting for the right time to flash out to his fans. At 21 years old, Marco Tilio is also not married and neither dating anyone, so he is single as of 2022.