Marc-Edouard Vlasic Net Worth And Salary

Further, the NHL player has an average salary of $7,000,000 annually with is slightly higher than Joe Pavelski. Marc-Édouard Vlasic so far has made earnings of $41,570,854 from his entire NHL career.

Reportedly, he is a married man and currently, married to his beautiful wife, Martine Vlasic. However, the details about when and where they got married are not in the media yet. Additionally, there aren't any rumors about if they have a child or not. 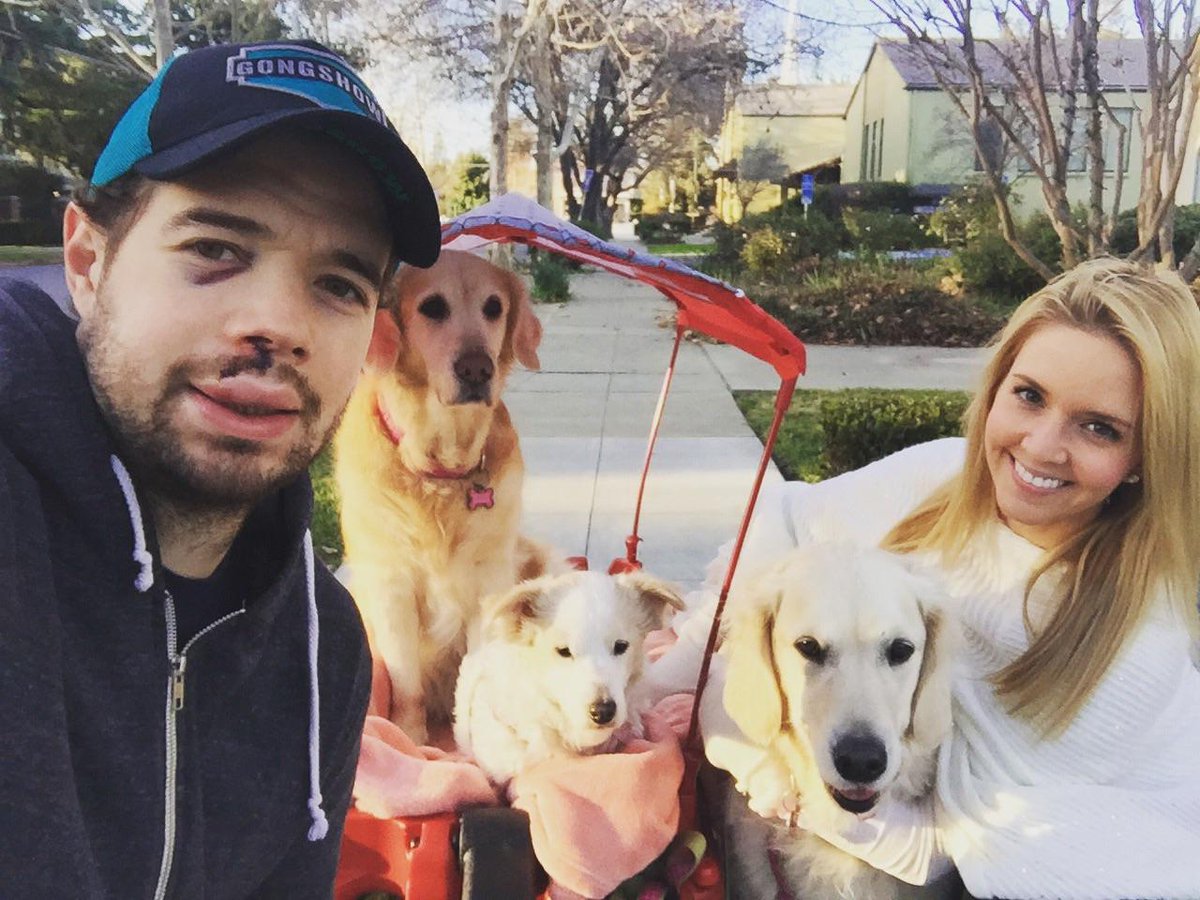 CAPTION: Marc-Édouard Vlasic with his wife and dogs SOURCE: Twitter

Further surfing, he has kept his personal life low profiled and hasn't revealed much information about his family. However, reports suggest that he is living a happy life with his wife and currently, there aren't any rumors of their divorce or separation in recent time.

With 3 dogs there is no personal space #dogstagram #dogdad #dogsofinstagram

Exploring his Instagram account, he seems to be an animal lover and has posted a lot of pictures of his dog. Further, he is a parent of 3 dogs. Talking about his body measurement, the famous NHL star is 6 ft 1 in (185 cm) in height and weighs around 93 kg.

Marc-Édouard Vlasic was born on March 30, 1987, in Montreal, Quebec, Canada to parents Edouard Vlasic and Marie-Josee Lord of Beaconsfield. As per his nationality, he is Canadian and belongs to the White ethnic group. Further, his star sign is Aries. He grew up along with his siblings, Thomas, Charles, and James.

In the 2005 NHL Entry Draft, Vlasic has drafted 35th overall by San Jose Sharks using a pick exchanged with goaltender Miikka Kiprusoff. The San Jose Sharks signed Vlasic on August 27, 2008, to a four-year contract extension of $12.4 million that would keep him with the team through the NHL season 2012–13.

Vlasic has been named to the Canadian Olympic Hockey Team in 2014 where his team has won Gold, winning 3-0 against Sweden.

Currently, he is playing along with his star team-mates such as Tomas Hertl, Gustav Nyquist and many more.