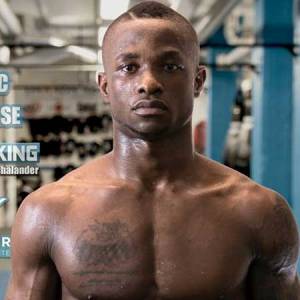 SYNOPSIS Marc Diakiese is an English MMA fighter of Congolese heritage. Currently, he competes in the Lightweight division of the Ultimate Fighting Championship (UFC). His professional career started in 2013. At the age of 12, he moved to the United Kingdom from the Democratic Republic of the Congo. Until now, he made amassed records of 12 wins in 12 fights. EARLY LIFE & EARLY CAREER Marc Diakiese was born on March 16, 1993, in the Kinshasa Democratic Republic of the Congo. He belongs to British nationality. His ethnicity is known at this time. His zodiac sign is Pisces. Marc Diakiese started training of mixed martial arts in 2010. He manages to win three British amateur titles while accumulating an undefeated record of 9-0 before being professional.

After winning four fights in his professional MMA career in regional promotions, Marc Diakiese joined BAMMA in 2014. On 13 Sep 2014, at BAMMA 16, he made his debut against the Jefferson George. He won the fight via unanimous decision in the third round. He played outstandingly at BAMMA before landing his steps into the Ultimate Fighting Championship (UFC).

On 8 October 2016 at UFC 204, Marc Diakiese made his debut against the Lukasz Sajewski. He won the fight via TKO (knees and punches) in the second round. Upon defeating Lukasz, he competed against Frankie Perez and won the fight via unanimous decision in the third round. On 18 March 2017 at UFC Fight Night: Manuwa vs. Anderson, he faced Teemu Packalen and defeated via knockout , 30 seconds into the first round. On 7 July 2017 at The Ultimate Fighter 25 Finale, he is expected to face Drakkar Klose. He has twelve in twelve fights. His wins include six by knockouts, one by submissions, and five were by decisions.

Marc Diakiese is not a married man. He doesn’t have a wife in his life. He engaged with his longtime girlfriend and currently the lovely couple settled in England. According to sources; sooner their engagement going into the relationship of marriage. They are planning to celebrate their marriage in 2018. He has two lovely children.

Marc Diakiese also mentioned that his father disappointed him. He didn’t stay with him. He stayed with his mother and grandmother during his childhood. He did not received a degree from any college. He worked at the railways before being a professional MMA fighter.

Marc Diakiese salary is outstanding. He has not mentioned about his salary and net worth. His fans are largely growing on social networking sites that include Instagram, Twitter, and Facebook. Moreover, info about his life and bio can be taken from Wiki.