Mamadou Loum N'Diaye aka Mamadou Loum is a professional football player from Senegal. He serves as a midfielder for the Spanish Club Deportive Alaves on loan from Portuguese club FC Porto. Loum is also a member of the Senegal national team. He has appeared for several clubs such as Ouakam, Braga, Porto, and many more in his career. He wears jersey number 6 for his club and is a right-footed player.

On 30 December 1996, the former Braga midfielder's was born in Dakar, Senegal, with the birth sign of Capricorn. As of 2022, the Senegal international is just 25 years of age. The athlete has a long, well-built body structure of 6 ft 2 inches. Loum weighs 70 kg. He is from a black ethnic community and practices the Muslim religion.

Mamadou Loum N'Diaye professionally began his football career in 2014, making his debut in Segunda Liga For SC Braga on 15 August 2015. After three years of presence for Braga, the club assured to loan to Moreireseon on 30 July 2018. Mamadou scored his first goal on 2 November for that club. 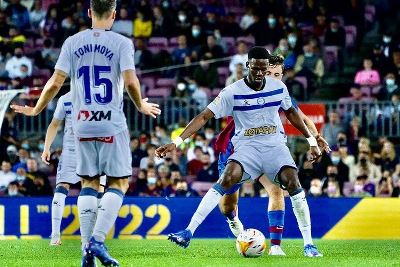 Similarly, in January, the Dakar-born midfielder joined Porto on loan for the remainder of the season with an option to turn the deal permanent. He rarely got a chance to play during his career there. After rarely featuring for Porto, the Senegalese nationality was again loaned to Lagia side club Deportivo Alaves for the 2021-22 campaign. For Alavaes, he played in 24 games, adding two goals to his tally.

Former Porto star player Loum was first called for Senegal at the U20 level for the 2015 FIFA  U2O World Cup. Since then, he has been representing his nation at different ages. Loum, the Premier Liga 2019-20 champion, made his senior team debut on 26 March 2019. He was a member of the Africa Cup nation 2021 winner team.

When it comes to relationships atter, Loum is very private about it. He chose to keep his info to himself. There is also no gossip or news concerning his love life matter anywhere; thus, telling his relationship status is quite tough.

However, following social media posts, there is nothing that hints at his relationship status. So, at the moment, he is probably single.

How much money does he make from football?

According to the research, Mamadou Loum's net worth is around $2 Million. He primarily credits his bank balance to playing for the world's top clubs. He resides lavish lifestyle with his family in Spain. 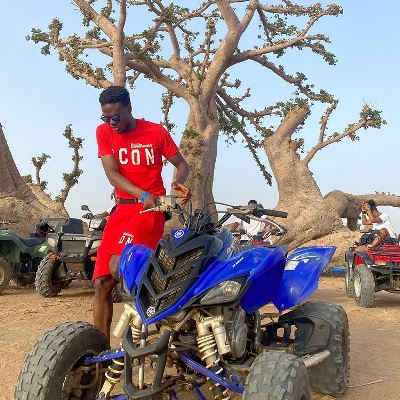 As per the Trasnfermarket, he holds the value of €4 Million. His contract with Alaves expires on 30 June 2024.

He is available on various social media. Among others, he is most active on Instagram. He has a verified Instagram account, @loumyto_fire, with followers of 106K. He promotes his sponsors and brands here. Via his Instagram, he outgives his soccer news and events to his fans and followings.