Malcolm Koonce is a well-known Professional American football player who plays as a defensive end for the Las Vegas Raiders of the National Football League (NFL). American footballer Koonce got drafted by the Raiders in the third round of the 2021 NFL draft. He played his college football at Buffalo.

Malcolm Koonce, the Las Vegas Raiders defensive end, was born in Peekskill, Newyork, on 6 June 1998. Talking about his age, he is just 23 years old, and as per astrology, his star sign is Gemini. Koonce was the 79 pick in the 2021 NFL draft. He wears jersey number 51.

2021 NFL draft 79 pick Koonce has a long shredded, and athletic body structure. He stands tall at 6 ft 2 inches and weighs around 113 kg. Further description, he has a black ethnic background, so he has a dark complexion. Koonce has black curly hair and black-colored eyes.

Twenty-three-year-old rising footballer Koonce has an approximate net worth of $1Million. The  American international seems to be learning a handsome amount of money from his football career. As a Las Vegas Raiders' defensive end, he receives a basic salary of $1,249,490.

All credit goes to his hard work and utter dedication; Koonce currently lives the life he wants. Besides football, the athlete credit his bank balance via Sponsors, endorsement deals and commercial ads.

Journey of Malco Koonce from Buffalo to NFL

In his early, when he attended ArchbishopStepinac high school, Koonce's primary sport was rugby, but later, he switched to Football, realizing that it could give him a nice scholarship. Peekskill-boy played his collaged football for Buffalo Bulls for four-season. His performance was quite impressive there. 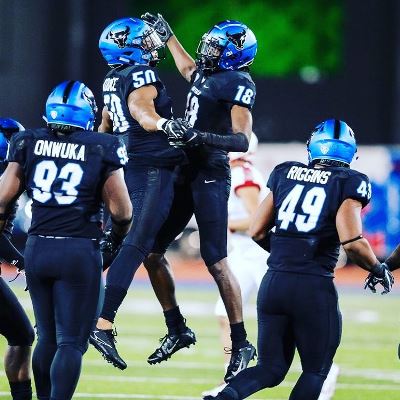 He became only the fourth UB player to be invited to play in the Senior Bowl. Raiders jersey no. Fifty-one got eligible for the NFL, and fortunately, he was drafted in the 2021 NFL draft in round three. He signed a major four rookie contract with Las Vegas on 23 July 2021. The American athlete Koonce made his NFL debut on 5 December 2021.

Despite taking the field for only seven players on defense and four on special teams, a recorded sack of Washington quarterback Taylor Heinicke.

Read interesting facts and trivia, bio and net worth of Jeremiah Kolone at jeremiah-kolone

Who is Koonce's girlfriend? Know about his love life and affairs

Regarding relationship matters, Raiders defensive end Koonce is very confidential about it. He prefers staying away from the limelight. Being a private personality, he has kept his life low-key, due to which anything regarding his relationship status is unknown to the public.

He has not seen any girls so far, so he seems to be single. The American athlete is very focused on his career rather than dating a girl.

He is regular media appearances and goes by the Instagram name @malc._ with more than fifteen thousand followers. Koonce out gives his football news and personal happening to his fans via Instagram.