Mackenzie Hughes is a Canadian professional golfer who competes at the PGA Tournaments. His major achievements include a T40 at the Masters' Tournament 2021, T58 at the PGA Championship, and T15 at the US Open.

After turning professional in 2012, Hughes played on the eGolf Pro Tour and PGA Tour Canada. After missing the cuts in 2012 and 2013 Canadian Opens, he was selected for the US Open in June 2013, winning a playoff at his sectional qualifying site. He won his first pro tournament at the 2013 Cape Breton Celtic Classic on PGA Tour Canada. He would clinch the 2013 PGA Tour Canada Order of Merit and earn a Web.com Tour card for 2014. 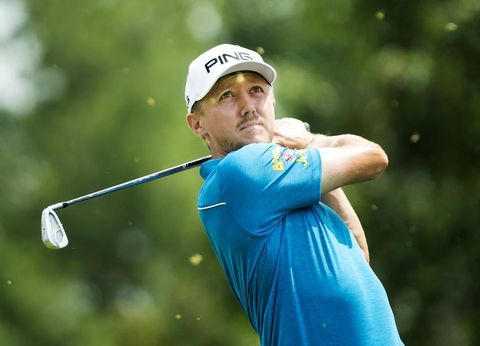 Hughes made seven cuts in twenty events, finishing well outside retaining any status. He earned Web.com Tour status for 2016 through Q School. In August 2016, he secured the Price Cutter Charity Championship whilst graduating to the PGA Tour for the 2016-17 season.

In November 2016, the Hamilton-born golfer won the RSM Classic, becoming the first Canadian golfer to win on the PGA Tour since Nick Taylor at the 2014 Sanderson Farms Championship.

He also became the first to win a non-athlete event since Mike Weir at the 2007 Fry's Electronics Open. In 2017, Hughes finished 10th at the AT&T Pebble Beach Pro-Am, 16th at The Players Championship, 13th at the Dell Technologies Championship.

Two years later in March, he came second at the PGA Tour's Corales Puntacana Resort and Club Championship. He conceded by one stroke to champion, Graeme McDowell. He finished second at the PGA Tour's Honda Classic finishing one stroke behind champion Im Sung-Jae. That year he placed himself third in June's Travelers Championship and entered the top 100 in the world rankings for the first time.

Hughes first earning through his golf career was at the Chile Classic which took between March 6 to 9 in 2014. He made a total of $1,540 after finishing 70th in the payouts. That year, he competed in 19 Korn Ferry Tournaments and made the cuts in six pools which in combine amounted to $10,442. 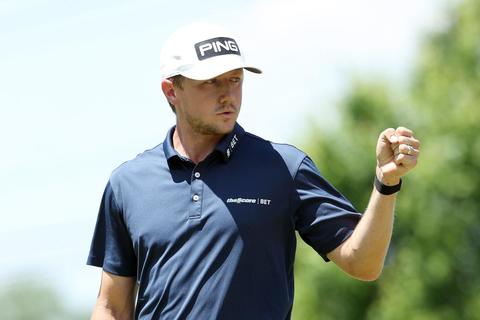 The following year, he was eligible for 14 prize pools which brought him a total of $209,403. In 2017, Hughes made it through 22 distributions and his aggregate earnings totaled $2,355,554 with his biggest amount coming from the first-place finish at the RSM Classic on November 20.

Throughout the 2020 campaign, he scored $1,650 per hole with his total income tallying over $2 million. Since the beginning of the 2021 season, he has raked in around $1.2 million including three top 10 finishes and 21 cuts. Espn summarizes the six feet tall Canadian has hit beyond $7million in career earnings since turning pro in 2012. As such one could say his net worth might be in the ballpark of $4 million- $5 million.

Mackenzie Hughes' Wife; How is his Married Life?

Hughes married longtime girlfriend Jenna Shaw on October 22, 2016. Their marriage took a month before Hughes' wire to wire victory on the 2016 PGA Tour and just ahead of his 26th birthday. Golf Digest reports, the couple celebrated their post-nuptial vacation in Thailand.

Their wedding took place at the Langtree Plantation in Lake Norman, North Carolina. Mackenzie met Jenna when both were students at Kent State University, Ohio. 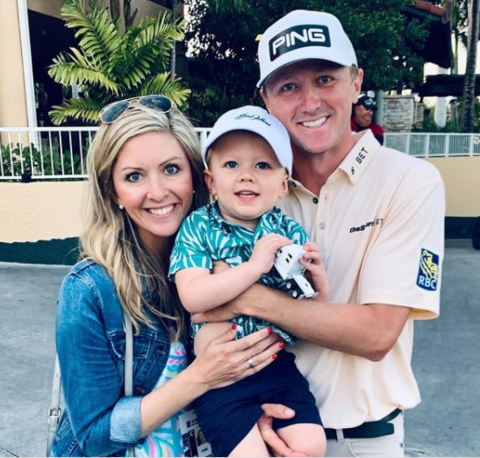 Together, the couple has two children. Jenna is a native of Fredonia, a village in Chautauqua County, New York. The 2008 graduate from Fredonia High School, Mrs. Hughes previously worked as a marketing manager in Charlotte, North Carolina. Their first son, Kenton Robert Hughes was born on October 3, 2017, and their second, Cohen Alan on December 4, 2020.