Francesco Molinari was born on November 8, 1982, in Turin, Italy. He is among the two children born to Paolo Molinari and his wife, Micaela Molinari. He has an elder brother named Edoardo Molinari, a professional golfer who plays on the European Tour. Francesco stands five feet and eight inches tall and weighs 72 kg.

Francesco Molinar has an estimated net worth of more than $10 Million. He has been making most of his net worth through his career in the PGA Tour. Francesco must be making a handsome amount through his sponsorship and advertising deals with numerous brands. Molinari is an ambassador for Borne, a medical research charity looking to identify the causes of premature birth. 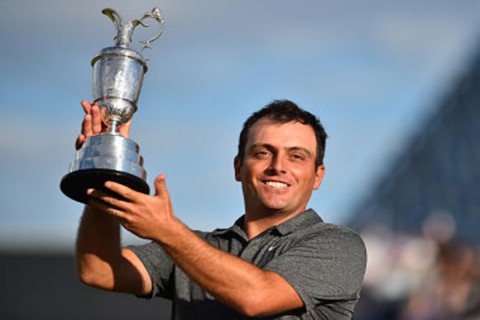 Francesco Molinari, along with his The Open Championship title SOURCE: PGA Tour

Francesco has already earned $779,181 from eleven events at the PGA Tour of the ongoing season of 2021. Last season, He made $183,740 playing in six PGA events. Molinari earned $304,368 in his rookie year at the PGA. The following year, he took home $358,196 when he played in eight games. Until the 2013/14 season, The Italian player did not have much success in the PGA. He made $847,974 in twelve events in that season and crossed his millions earning marks from PGA events.

Yes, You read that right. Francesco is a married man living a happy married life along with his wife and their son. Molinari tied his wedding knot with his longtime girlfriend, Valentina Molinari. The love birds have been seeing each other for several years before walking down their wedding aisle. 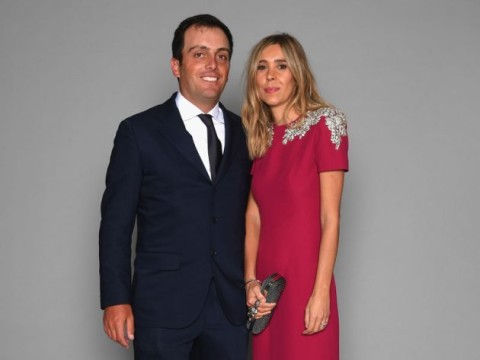 Francesco along with his wife, Valentina, at an event SOURCE: Getty Images

Shortly after the wedding, the duo welcomed their first and only child, a son, Tommaso Molinari. The family of three is living a happy life.

Molinari turned professional in 2004 and earned his European Tour card in 2005. He won the Telecom Italia Open in his rookie year and helped him finish 38th on the Order of Merit. In October 2009, Molinari reached the top 50 of the Official World Golf Ranking for the first time. In November 2009, Franceso and his brother Edoardo led Italy to their first World Cup victory. The following year, He won the WGC-HSBC Champions in Shanghai, China.

The Italian player won his next European event in 2012 at the Reale Seguros Open de Espana. In 2018, He won the Open champion and was yet to make his appearance in the major events. Francesco won his last event in 2019 at Arnold Palmer Invitational.