Hailing from the suburbs of Aguascalientes, Mexico, Lupita Godinez was born in 1993. She celebrates her birthday on the 6th of September every year. Likewise, her birth name is Maria Lupita Godinez, and her nickname is Loopy.

As for her family, the MMA fighter is yet to disclose most of the details of her parents. Nonetheless, it is known that her father's name is Carlos, and she has three siblings. As per some sources, it is also known that she was born and raised in Mexico, but her family later settled down in Canada. Currently, she resides in Langley, British Columbia, Canada.

Lupita Godinez began her MMA career as an amateur in 2016. Her debut match was held on June 18, 2016, and it was against Ali Cranmer. She won the match via decision. However, the winning happiness was crushed when she lost against Jamey-Lyn Horth Wessels on two different occasions, on November 25, 2016, and February 18, 2017, respectively.

Despite two straight losses, she backed herself up and won her bout against Ashlee Jarvis and Kyla Frajman. Sadly, her winning streak was stopped once again when she faced Tiffany Conama and Morgan Engelhardt, respectively. Fortunately, she wasn't the one who would lose her hope after losses.

In her next two matches, she showed what she could as she defeated Alexandra Lucia Delgado-Lopez and Sam Hughes. When she won against Sam Hughes, she also captured the COGA Strawweight Championship. After that, she decided to turn professional.

On June 30, 2018, Godinez made her professional MMA debut when she faced Jennah Macallister—she won the bout via a unanimous decision. After that, she never faced any loss and drew as she defeated Ashlee Mastin, Felisha Magallan, Lindsay Garbatt, and Vanessa Demopoulos.

Her UFC debut will take place on April 17, 2021, as she will face Jessica Penne.

Lupita Godinez has traveled around different countries, fought in different MMA brands, and has won several titles. Considering her talent, she must have been paid a healthy sum. Likewise, she is also seen endorsing several products related to weight gain and others, increasing her net worth. 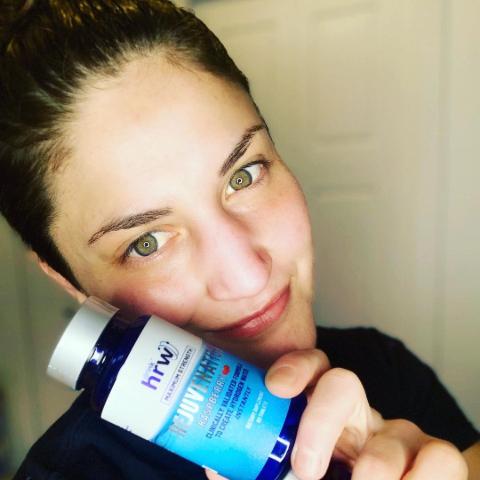 Moreover, her signing with the well-known UFC brand must have increased her earnings. So, how much is her net worth? Sadly, the Mexican MMA fighter's net worth is still under review; thus, there are no exact figures that reveal her net worth.

Is Godinez Single or Dating?

The LFA Strawweight Champion is in a relationship with a handsome hunk named Mackoy Cundall. On an Instagram post of November 5, 2020, Godinez posted a picture in her Instagram account. In the picture, she was seen kissing a man after she won one of her bouts. 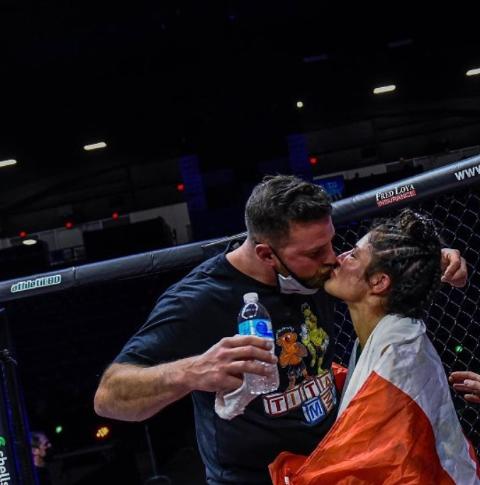 However, following that post, she has not shared any couple-y of pictures, questioning if she is still dating him.