Lungi Ngidi is a professional South African cricket player who plays cricket from the South Africa national team and Delhi Capitals, also known as DC. Delhi is a well-known cricket team from India that participates in the world-famous Indian Premier League. His International cricket jersey number is 22.

Ngidi is a South African right-handed right-arm fastest bowler. He is also a right-handed batsman, and If the team needs to score a run, he can bat and come in as a tail-ender. He played with the world-famous IPL team Chennai Super Kings and lifted the 2021 IPL trophy. Ngidi also played in a 2019 ICC World cup representing South Africa.

Who is Lungi Ngidi? Physical status

Lungisani True-man Ngidi, known as Lungi Ngidi, was born on March 29, 1996, in Durban, KwaZulu-Natal, South Africa. Ngidi grew up in Kloof, Durban, and attended Highbury Preparatory School on a scholarship. 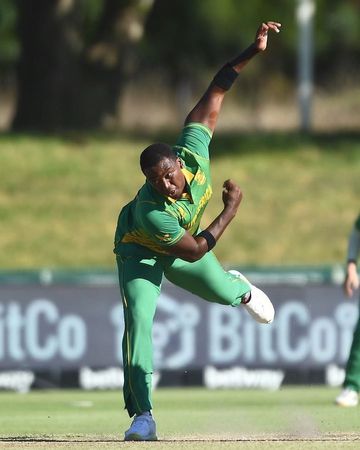 Ngidi grew up with a mother who worked as a domestic worker and a father who worked as a maintenance man at a nearby school. Ngidi has been awarded a scholarship to Hilton College School. Ngidi was a rugby player for Hilton for his first three years before deciding to focus on cricket. Former Zimbabwe all-rounder Neil Johnson tutored Ngidi while he was at Hilton.

Ngidi engaged in a Bachelor of Social Sciences degree in Occupational Sociology at the University of Pretoria after graduating from Hilton. He has a 6 feet and 1-inch figure and weighs 78 kgs. He has black eyes and short black hair. Lungi is born with the Gemini birth sign.

Lungi, a well-known South African cricketer, was first unveiled as a cricketer. He is a member of many cricket leagues in various parts of the world. Cricketer Ngidi has made a significant sum of money due to this. He is presently playing in the IPL for the Delhi Capitals, who paid 50 lakh INR for fast bowler Lungi. He was purchased by Chennai Super Kings for a similar sum of 50 lakh INR the previous season. South African pacer Lungi Ngidi is unmarried as of 2022. Also, Ngidi is never engaged and married before. He also does not share his relationship status with his fans. 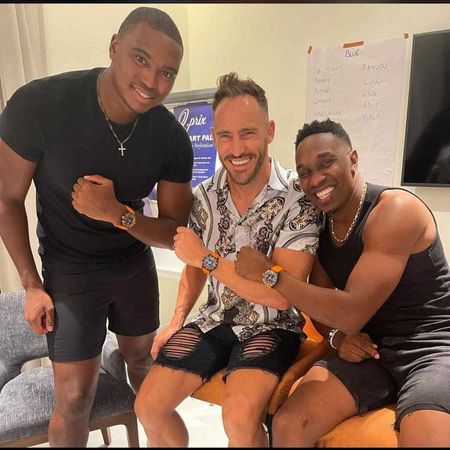 Lungi, a right-handed fast bowler, has joined Instagram. With 197k followers on Instagram, he goes by the name @lungingidi.

He is a frequent user of social media. On the internet, he is also the most searched South African cricketer. He enjoys interacting with his followers on Instagram Live.