Richardson was born on March 26, 1969, in Ottawa, Ontario. He was selected seventh overall by the Toronto Maple Leafs in the 1987 NHL Entry Draft. At the time, he was playing for the Petersborough Petes of the Ontario Hockey League (OHL).

Midway through his rookie NHL season, on January 6, 1988, Richardson was assaulted by Dino Ciccarelli of the Minnesota North Stars. Ciccarelli was later pleaded guilty to battery and went onto serving one day in jail with some monetary fines.

Richardson remained regular on the Toronto Blueline until 1991 when he was sent to the Edmonton Oilers with some other stars in exchange for Grant Fuhr, Glenn Anderson, and Craig Berube. 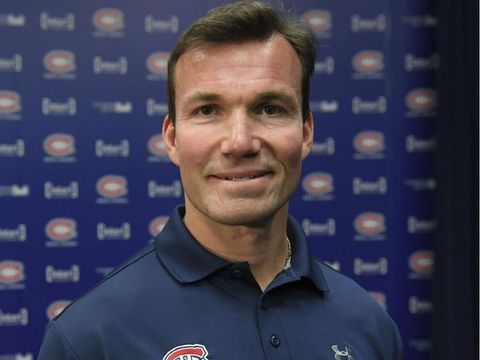 He split his time between the Oilers, the Philadelphia Flyers, and the Columbus Blue Jackets. It, however, was with the Flyers that he came closest to a Stanley Cup appearance in 2000 when the team lost 4-3 in the Eastern Conference Finals to the New Jersey Devils.

In the 2006-07 season, he started to play for the Tampa Bay Lightning. For the Bays, he recorded 27 games, 3 assists, and 16 penalty minutes. In August 2007, he signed a one-year contract with his hometown Ottawa Senators.

A year later, he announced his retirement as a player. He began his coaching career during the 2009-10 season for the Ottawa Senators serving as an assistant mentor to head coach, Cory Clouston. He then chiefly helmed the Binghamton Senators of the AHL.

He was honored with the coach of the AHL Eastern Conference all-star team in 2012-13 after leading the Senators to the conference's best record at the all-star break. He then guided New York Islanders as an assistant coach before getting appointed by the Montreal Canadiens in a similar position to Claude Julien.

On June 19, 2021, he was promoted to the interim head coach slot in Canadiens' game 3 of the Stanley Cup semifinals against the Vegas Golden Knights.

The former defenseman as per some reports has been told of grossing over $20 million exclusively from NHL compensations. The Ottawa-born hockey player started from as low as $90,000 a year, reports the Sports Forecaster and The Hockey News. 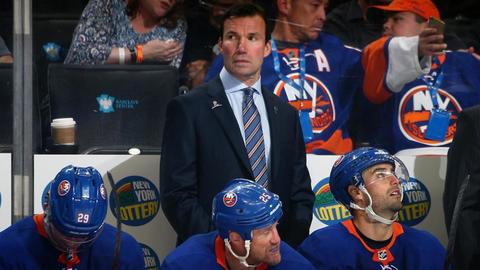 Luke Richardson played as a defenceman in the NHL for 21 seasons SOURCE: NHL

The latter Luke received mostly during the late 90s to mid-2000s. In the present economy, his to date takings tallies a little over $35 million. His highest ever projected salary was reported to being in the vicinage of $3 million which was amidst the seasons 2002-03 and 2003-04.

The specifics that would define Richardson's coaching paychecks are yet to be revealed. However, via popular votes, he is estimated of being rewarded in the region of $2 million to $3 million - assuming the fact that the Canadiens paid $4 million a season to their former mentor, Claudie Julien. To that end, one could argue his net worth lounges between $10 million- $15 million.

Richardson is married to Stephanie. Both of the future husband and the wife grew up in Ottawa and began dating when they were in high school. On November 13, 2010, the couple lost their 14-year-old daughter, Daron who had killed herself by hanging. The former Bay's defense was then an assistant coach of Islanders. The couple's second daughter, Morgan was 16 at the time. She was a member of the Canadian National Under 18 team that competed in a three-game series against the United States in August 2011. 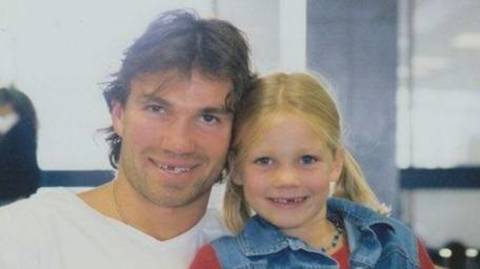 After the tragic incident, the Richardsons decided to donate their girl's organs. Luke along with his wife are frequently spotted promoting several campaigns relating to mental health. The couple was decorated with the Meritorious Service Cross for their efforts in 2018. Luke is also the uncle of current Arizona Coyotes defenceman Jakob Chychrun.