Luis Romo is a Mexican football player who currently plays for the Liga MX club Monterrey and the Mexico national team. Besides, Romo mainly plays as a defensive midfielder; however, he can also play as a center-back. Previously, he played for one of the Mexican professional clubs, Cruz Azul.

Further, Romo is a professional player and represents jersey number 27 for his fellow club. Besides that, he began his football career in 2010, and apart from his professional career, Rumo's personal life is equally interesting. Additionally, he is a right-footed player whose current market value is €7.00 million.

As mentioned earlier, Rumo has been active in the football profession since 2010. He is currently playing for the club Liga MX club Monterrey. Throughout his career, Rumo has played for multiple clubs.

He previously played for Cruz Azul, where he played for three seasons and recorded nine goals for the club. So he made his initial career debut in 2010 when Rumo played for the club Cruz Azul as a youth, and after playing for two more clubs, he began his professional career in 2018. 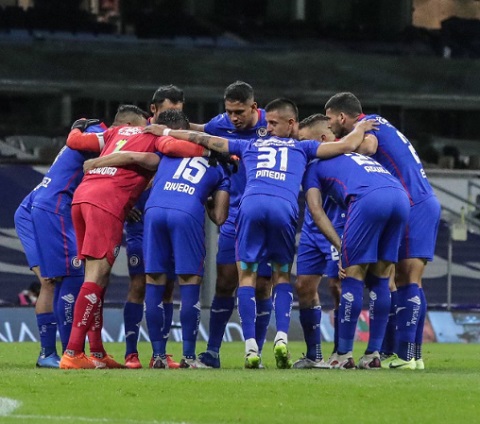 Talking about his international career, he made his debut on Nov 19, 2019, after being called up to the senior national team by Gerardo Martino. He is among the skilled Mexican player including Miguel Layun.

Luis's Salary And Net Worth Revealed

By exploring his long career, we can say that Luis Rumo is one of the most successful Mexican football players. Throughout his football career, Rumo has played for multiple clubs and the international team, and he went through many shifts, which made us clear that Rumo has earned a considerable sum of money.

Besides, his net worth is more than a million dollars. And he is definitely one of the Mexican footballers whose net worth is one of the highest like Alfredo Talavera and Erick Gutierrez. Unfortunately, there is no information about the value of Romo's assets value, but we can be sure that he must have a great collection of cars and a house as he has been actively engaged in the football profession for a long time.

Further, his market value is €7.00 million as of Apr 11, 2022; meanwhile, his highest valuation was €10.00 million while he played for the club CD Cruz Azul. Unfortunately, none of the sources have revealed his weekly and annual salary.

Is Romo Married? How Many Kids Does He Have?

The Mexican footballer Luis Romo is married as most sources have claimed he is a father of two, and that's true. Romo and his wife married long ago, but the exact date and venues are not accessible as of this writing.

However, Luis has shared many pictures with his family, and he loves spending quality time with them when he is not busy. For your concern, the couple is the parents of one son and a daughter, whom they gave birth on May 2022. 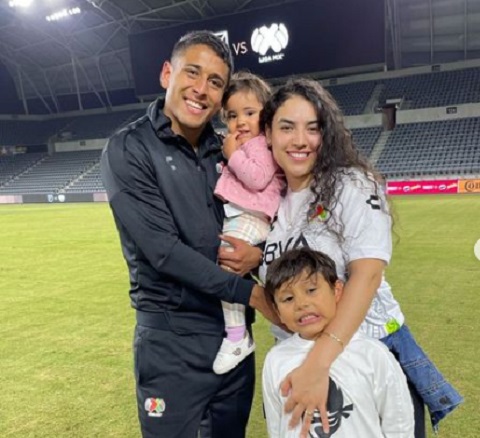 Luis Romo with his wife and kids  SOURCE: Instagram @luis.romo3.com

Apart from being a professional footballer, he is also a family man; we often see him spending his vacation with his lovely family.

The handsome hunk footballer Romo is tall and muscular. Besides, he is 5 feet 11 inches tall he weighs 86kg. Similalry, he loves keeping his hair short, and the footballer is often seen busy with his training and exercises, which he enjoys a lot.