Yasiel Puig is a right fielder for the Los Angeles Dodgers of Major League Baseball (MLB). He debuted in MLB on June 3, 2013. Cuban born baseball player is nicknamed 'The Wild Horse' by Dodgers broadcaster Vin Scully.

The Angeles Dodgers' right fielder in a serious relationship, keeping him in the limelight besides his professional life. Yasiel and his girlfriend Andrea Berenice de la Torre are dating each other for years and are parents to a child. The couple is also expecting.

Besides his relationship with current girlfriend, he has dated Nicole Chaves, with whom he shares a boy. Find out more about Yasiel's personal life.

Yasiel and Nicole, both hasn't revealed about their dating life, but as per sources, the two began dating somewhere between 2012-13. 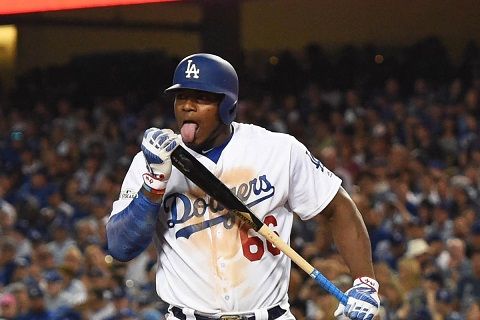 Her pregnancy was revealed by her grandma announcing her sweet granddaughter being pregnant in the social media. She posted her granddaughter's ultrasound picture. 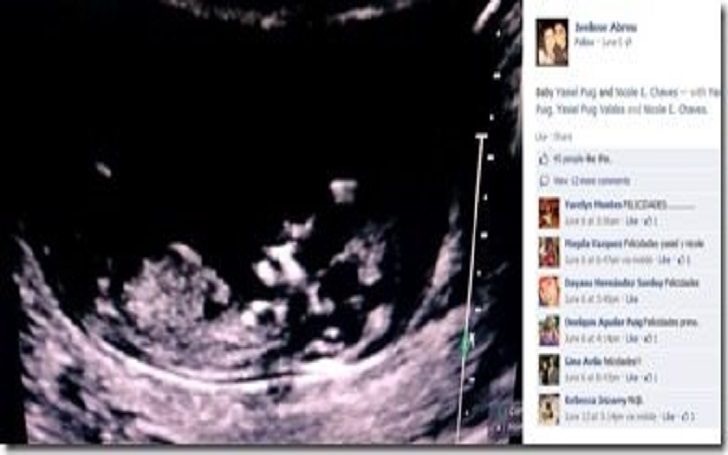 She also revealed that her granddaughter's beau with whom she was pregnant was none other that baseballer Yasiel Puig. Their relationship was cut short after the birth of their son Diego Alejandro, who was born in December 2013.  Yasiel and Nicole separated by the end of 2013 and Yasiel moved onto his next girlfriend.

Soon after his breakup with Nicole, Yasiel Puig then started dating Andrea who is an internet celeb. They were seen together from the beginning of 2014, right after Puig became a father. Yasiel later announced in 2017 that he has a second child, son with girlfriend Andrea. He announced the birth of Daniel Sebastian via twitter. The baby boy was born on February 2, 2017. 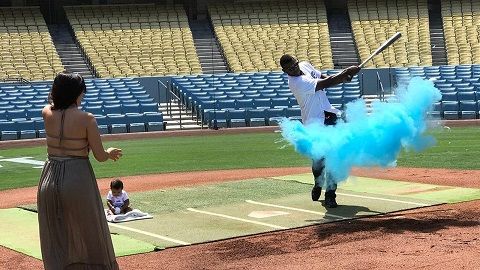 Later the same year, on August the baseball player with his girlfriend Andrea took some special time before the night of baseball game in Dodgers Stadium to do a gender reveal ceremony. They announced that girlfriend Andrea is pregnant with another baby boy.

We would like to extend our congratulations to the couple.