American football executive Les Snead is most known for serving as the general manager of the Los Angeles Rams of the National Football League (NFL). Since 2012, Snead has been taking over this position. Besides that, he was previously associated with the Jacksonville Jaguars and Atlanta Falcons. Apart from that, Snead is a family man, and he is married to his wife, Kara Henderson, an American sports media personality most noted for her work on the NFL Network.

The Los Angeles Rams general manager began his professional career when he got hired by the expansion Jacksonville Jaguars as a pro scout in 1995. And he made headlines all over the internet when it was revealed that Snead was appointed as the general manager of the St Louis Rams on February 10, 2012. As said earlier, he has also worked for various teams, and Snead is one of the most experienced figures.

Everything On His Early Life

Samuel Lester Snead was born on January 19, 1971, in Eufaula, Alabama. He was raised by his single mother, Pam Snead. So, she is the one who inspired and supported Les to gain this huge success. It is reported that Snead's mother is a chemotherapy patient.

Talking about his early life, Snead went to Eufaula High School, and he was an all-state offensive guard. And before attending the University of Alabama at Birmingham, he switched to tight end at Troy State. Reportedly, Snead earned a varsity letter for playing on the first NCAA-sanctioned Division III UAB Blazers football squad.

Later, he transferred to Auburn, where he worked as a graduate assistant and also became a scout. Moreover, Snead also credits his mom for the achievements received by him.

As mentioned earlier, the Jacksonville Jaguars hired him as a pro scout in 1995. There he worked until 1997, and later, he was hired by the Atlanta Falcons to the same place. Snead was promoted to director of pro/player personnel in 2009. He remained there for the two seasons. 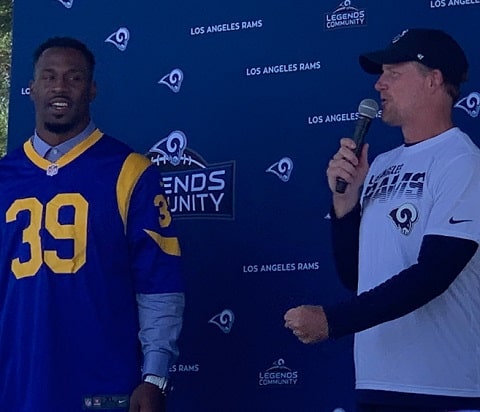 Similarly, his professional career started after being appointed as the new general manager of the St. Louis Rams on February 10, 2012. Furthermore, Snead's first big deal as general manager came on March 12, 2012, when the Rams team decided to trade with the Washington Redskins, which would change their No. 2 overall selection in the 2012 NFL Draft for the Redskins' sixth and 39th overall picks.

They also earned Washington's first-round selections for the 2013 and 2014 drafts. Later, Snead also signed rookie free agent Johnny Hekker. And Hekker was destined to become a perennial All-Pro punter. Snead had given a great contribution to the Rams, and later, he went to another team. When the Rams approved relocation to Los Angeles, Snead settled in Malibu with his family.

Furthermore, his term has been observed by strategic, aggressive moves that have developed a strong core of talent and improved chasm throughout the roster. L.A. went without a first-round draft pick for the third-straight season in the 2019 NFL Draft after receiving talent and starting to award the Rams core nucleolus with long-term deals. 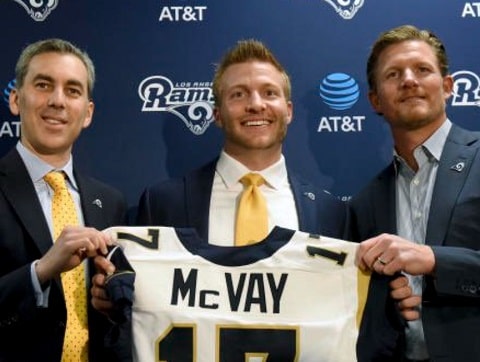 Since being named general manager, he has produced 48 trades, which is the seventh-most in the NFL since 2012. Before the start of the 2018 season, L.A. awarded two former first-round picks, DT Aaron Donald and RB Todd Gurley II, with long-term agreements. The General Manager, Snead, took a separate path to the 2018 offseason that resembled previous years, making trades to develop players.

Apart from that, he tested positive for COVID-19 during the 2021 NFL Draft leading him to self-isolate for the remainder of the draft. He is still associated with the team and is doing pretty well.

Career Earnings: How Much Is His Net Worth?

The Rams General Manager makes a good sum of money, and he surely receives a huge salary from the team. His keys to victory here will have working cohesively with Fisher, accurately assessing the roster, and making smart selections in the draft.

Moreover, his net worth is surely in six figures, and some online portals have claimed that it is around $1 million to $5 million. All of this credit goes to his hard work and dedication. As we know, Snead has been serving as the General Manager of the Rams for a long time.

So, there is no doubt that his bank balance is pretty impressive. As Snead is still active in this field, his income will surely increase in the future.

Snead Is Married To His Wife

Les Snead is a married man and cherishes his life with his beloved wife, Kara Henderson. As per some online sources, Snead and his wife met each other for the first time in the year 2012, and after being together for some time, the pair walked down the wedding aisle in the fall of 2012. 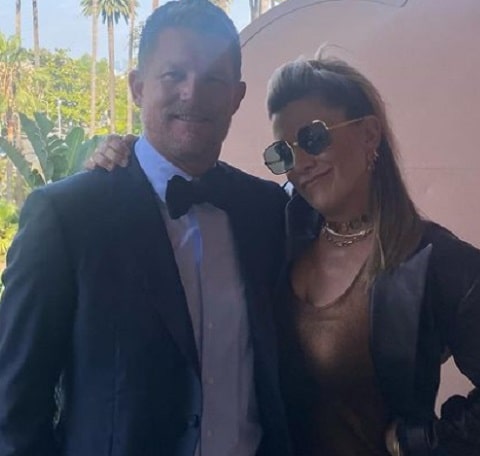 Since then, they have had a good time and reside in Malibu, California. The happy couple has three kids. For your information, Snead was previously married to Liz Snead. Together with Liz, he had two kids named Logan and Cannon.

On the other hand, Snead's current wife, Kara, was also married to Dale Voorhees Haver, and with Dale, she had a son named son Tate. So, now Kara and Snead live with three children happily.

Kara Henderson is a renowned American sports media personality who is widely known for her work on the NFL Network. Her works can be seen in NFL Total Access, Around the League, and NFL GameDay Morning. Not to mention, she is a graduate of Duke University. 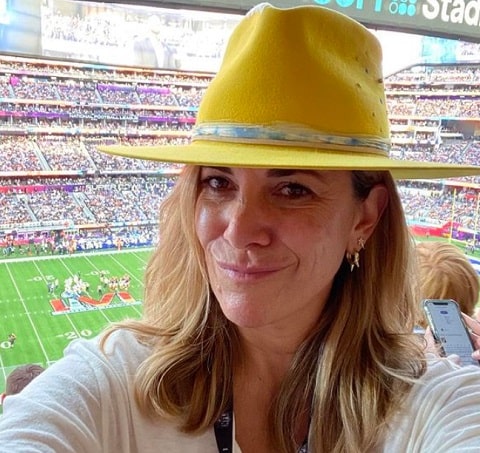 Formerly, she served as an anchor and reporter for Fox Sports Net New England. Her career at ESPN started when she worked as a production assistant. Later, Henderson went on to work at ABC News. Between 2000 to 2003, Henderson served at CNN as a reporter.