The South African soccer player Lebogang Phiri is a professional association football player who plays for the Turkish Super Liga Cup Caykur Rizespor and the South African National team. He has the ability to play in various midfield positions however his club and his national team deployed him as a center midfielder.

The Caykur Rizespur center midfielder was born on 9 November 1994 in Johannesburg, South Africa under the star sign Capricorn. He has an extraordinary vision when it comes to assisting and play-making. As of 2022, he is 27 years old.

Actually, the Phiri hails from Alexandra. Like him, his father is also a former Vaal Professional player. He has a great influence on him in becoming a soccer player. Phiri is born to a father Esau Phiri and a mother Titi Phiri. 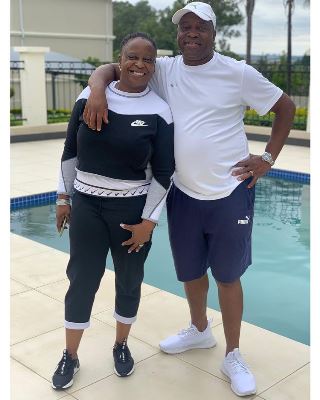 The Rezespor jersey no 21 seems to be very closed to his parents. He often goes on vacation with them and shares their happy moment on Instagram. He put up a picture of his parents writing, "The Lord has truly blessed me with such loving, caring, beautiful and at most, SUPPORTIVE parents that you are. I Love you Mr. and Mrs. Phiri."

Lebogang Lelani Phiri is from a black ethnic background with a height of 5 feet 7 inches. He weighs over 72 kg. The African boy is very aware of his health and has a well-maintained body.

The South African native player football journey has been a hell of a ride. Initially playing from Real Madrid (SA) to  Caykut Rizespor, it has been so fruitful and helpful to him in many ways in his life.

At the age of 10, he kicked off his football journey as Real Madrid (SA) player. Phiri spent his whole youth career playing for various clubs and academies which include Brondby, Bidvest Wits, Balfour Park, and Shooting Stars Sports. 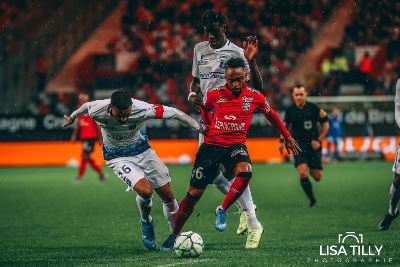 As a senior player, he joined Brondby IF's Under-19 on 8 Feb 2013 in an eighteen months contract where he was given a jersey number 34. He was in the starting XI of the team and played a defensive midfielder role. Later on, in the 2013-14 season, he signed a new four-year contract till the summer of 2017  with Brondby. He had a rough start at the starting of the season however he claimed his place in the team afterward.

On 31 July 2014, he made his Europa League debut in a game against the Belgian Side Club Brugge. Reportedly, he appeared in 109 games adding 7 goals to his tally as a Brondby player.

After his end of the contract, he signed a major four-year deal with  EA Guingamp until summer 2021. At the present, he is playing for  Super Liga side Club Caykut Rizespor which he signed in July 2021.

He has also fulfilled his national duty too. The Johannesburg boy has been representing South Africa in various international games. As a national player, he debuted in 2015 as a U-23 player.

Lebogang Phiri Net worth and Earnings

Lebogang Lelani Phiri shares his luxurious lifestyle on social media. He has been boosting his net worth mostly from the earnings from football. He has an approximate net worth of $3 Million which includes his cars, mansion, and other property. 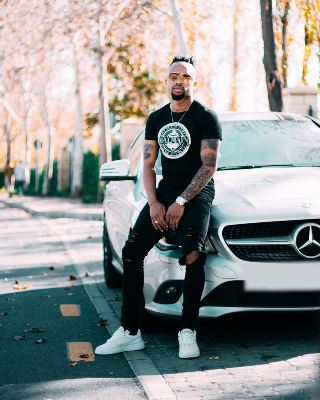 The South African international netted a monthly salary of £13000 and in annual sums at £676000. Besides this, he adds good fortune to his net worth from his sponsors and brands.

The African midfielder is a kind and generous man. He gives back the society too. Phiri along with his group of friends donated food for the needy people of Alexandra. He is also involved in other social welfare activities. Phiri is loved and praised by everyone in his country for the good work that he has done for society.