Laurie William Daley, known by the name Laurie Daley is an Australian professional rugby league football coach. He began his coaching career At NSW Country in 2008 and also has coached Indigenous All-Stars, New South Wales, and Prime Ministers XIII throughout his coaching career.

Born on 20 October 1969, Daley is also a retired professional player who played for Canberra Raiders from 1987-00 as well as also having represented his national and stateside.

Laurie Daley has earned his wealth widely through his professional career as a rugby football league player and coach. Back in 2014, Daley earned $1 million windfalls for being the NSW coach.

Daley has not disclosed information regarding his net worth. But looking at his career, it is assumed that his net worth is over $2 million.

Laurie Daley married the cousin of All Blacks legend Franco Botica, Michelle. The beautiful couple: Laurie and Michelle became the proud parents of the first child on 27 May 1996, following the birth of their first baby girl Jaimee Frances Daley. 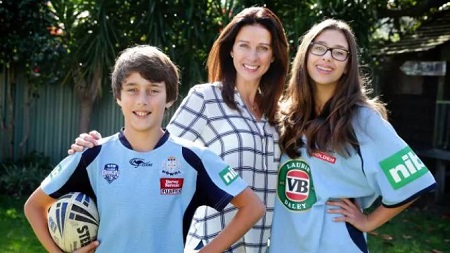 The couple has two more children: Caitlin Daley and Will Daley.

It seems that Dale is a private person who prefers to keeps his matter in a low profile. He has disclosed limited information regarding his family.

Laurie Daley was born as a third child and only son to 8 children to a white father and an Aboriginal mother in Junee, New South Wales, Australia. His birth sign is Libra. Regarding his nationality, he is an Australian and belongs to white ethnicity. Daley was raised alongside his seven sisters: Catherine,  Delwyn, Margaret, Roslyn, Joanne, Julie, and Jacqueline Daley.

The following year he was selected to represent NSW Country in the annual City vs. Country Origin game. Daley was the named second highest try-scorer in the 1989 NSWRL season with 16 tries after his teammate Gary Belcher. His first premiership win came with the Raiders 1989 in a 19-14 victory against Balmain Tigers. He then headed to England for the 1989 World Club Challenge, playing at the center in Canberra's 18-30 loss against Widnes.

In the 1989 State of Origin series, Daley made his New South Wales debut. 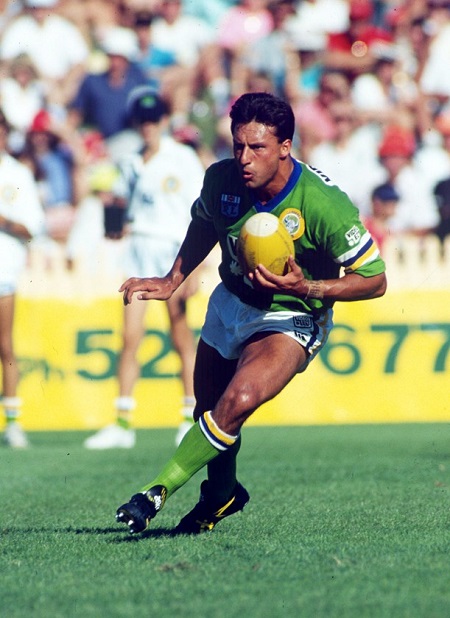 At the beginning of 1990, he made his international debut at five-eighth against France in the NSW country town of Parkes, scoring a try in his first national game. A month later, he played against New Zealand. At the end of the 1990 season, he was awarded Raiders player of the year award at the Raiders' second consecutive win in Grand Final. Then Daley was selected for the 1990 Kangaroo Tour.

After his retirement, Daley began his career as a commentator for Fox Sports. He then signed for the Nine Network and served as co-presenter of their rugby league coverage, from appearing on the weekly rugby league topic show "The Footy Show."

In 2008, Daley was appointed as a new coach for the NSW Country Origin team, where he served until he was sacked in 2012 following their 5th consecutive series defeat. 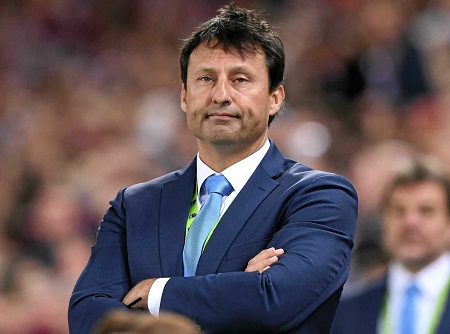 On 21 August 2012, Daley was again appointed as a coach by the NSW State of Origin, replacing Ricky Stuart. He got the job in preference to other candidates, including Daniel Anderson, Trent Barrett, and Brad Fittler.

In 2014, Daley was named the only second person after Wayne Pearce to play as captain, as well as coach of the New South Wales to a series win over Queensland.  Daley is also a good friend with the head coach of the Queensland State of Origin team, Kevin Walters.

In February 2008, Laurie Daley was named "Australia's 100 Greatest Player". The same year in August, he was named five-eighth in the "Indigenous Team of the Century."