Laurent Duvernay-Tardif is a Canadian professional football guard who plays for the Kansas City Chiefs of the National Football League (NFL). In the 2014 NFL Draft, he was drafted by Kansas City in the sixth round. He is a medical graduate and played college football at McGill University in Montreal, Canada.

His NFL Earnings to date:

Laurent Tardif is currently in a relationship with Florence Dubemoreau. Tardif did not speak much English and was not fluent at all before. So he had to take various classes on English, spending less time on the field and more on learning English in restaurants that provided English lectures. That's where he met his girlfriend. 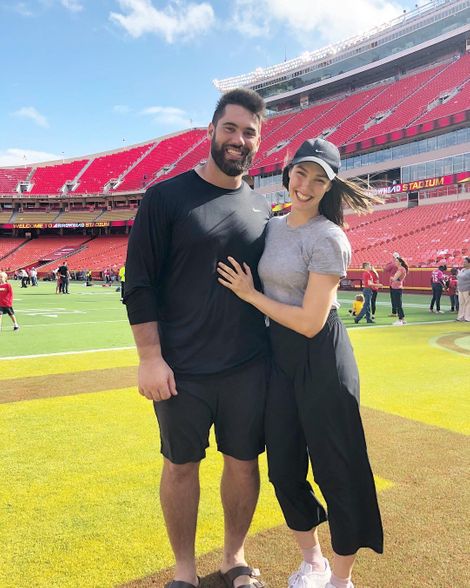 Duvernay-Tardif said that he spent much of his time away from football at a restaurant that streamed school lectures and “cross-referencing them with a French-English dictionary. He said:

"I was lucky to have the help of a really pretty waitress named Florence, who not only spoke English but who would also eventually become my girlfriend.”

His girlfriend Florence is a graduate with a master's degree in art history from UQAM. She is also an author and independent art commissioner. She manages exhibitions in Montreal, Quebec, and Toronto.

Born in Mont-Saint-Hilaire, Quebec, Canada, Tardif grew up in Montreal. He played football from an early age of 14. His native language is French. Tardif attended McGill University graduated from the reputed McGill University Faculty of Medicine in May 2018 with a Doctor in Medicine and Master in Surgery. 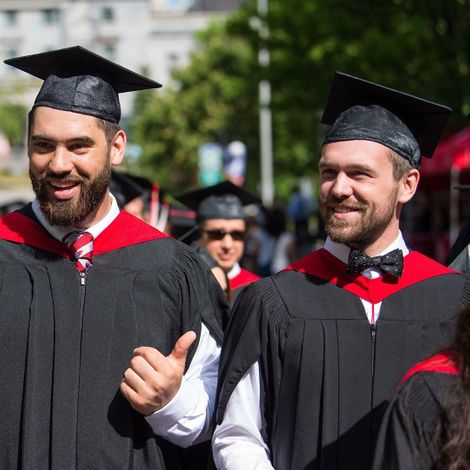 Laurent(left) and his friend on their Graduation day SOURCE: Instagram @laurentduvernaytardif

He is the fourth NFL player to have become a medical graduate and is the only one who is active as of 2018. Tardif now works with the developers of Shockbox, a device that measures the impacts received on the field by players. He is hopeful about his device becoming useful and helping players from concussions.