She has most aces in a match on the WTA Tour, which she has acquired in the second round of competition against Monica Puig. Furthermore, she has reached the career-high singles ranking of world No.35 on  31 July 2017 and No.44 in doubles ranking on 14 June 2021.

Is Kristyna Pliskova involved in a relationship or married?

Yes, Kristyna Pliskova isn't single anymore. She is engaged to the Slovak national team Professional football player and currently playing for a Sparta Prague club. They have been involved in a relationship for a long time, and they look adorable together. They have an age gap of 6 years. David Hancko is six years younger than Kristyna. 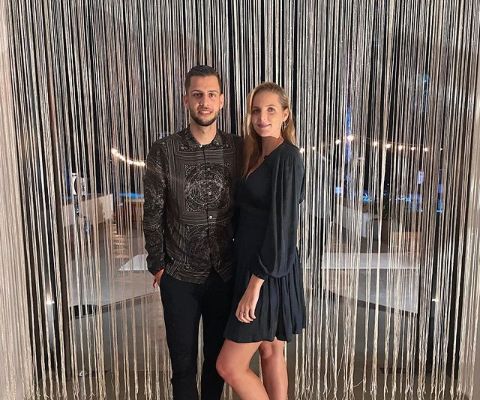 Furthermore, as per her Instagram photos, she is pregnant, and she will have a baby soon.

Kristyna's Net worth and Salary

On the other hand, they enjoy their life together and live happily.

Czech Republic Tennis player Kristyna was born on 21 March 1992 in Louny, Czechoslovakia. She played Left (born right), two-handed backhand and her coach was Jaroslav Levinsky. She is engaged to a Slovak Professional Footballer named David Hancko, and they both are enjoying themselves together. 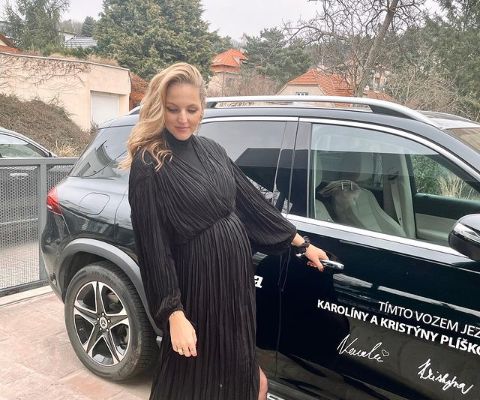 Talking about Kristyna's physical appearance, she is 6 feet tall and white. Her weight is 73  kg, and her zodiac sign is Aries, whereas she is pregnant now and will have a baby soon.

Is Kristyna active on social media?

Yes, Kristyna is pretty much active on social media. She is active on Instagram and Twitter, where she posts photos and daily updates to interact with her fan. She has 148k followers on Instagram, and she has followed 212 people on Instagram. She has posted 472 posts which include most of his daily updates. Very few are game pictures, etc.

Furthermore, her lover David Hancko has 30.2k followers on Instagram and talking about her Twitter account. She has a history with @KrisPliskova handle. She has 26.2k followers and she has followed only three people on Twitter. Additionally, she had won the 2010 Wimbledon Championships – Girls' Singles in her junior career. Likewise, the Czech tennis player currently holds the record for the most aces (31) in a match on the WTA Tour. She had reached her career-high ranking of world No. 35 in singles. Likewise, she has currently peaked at no. 69 in the single as of 2021, whereas she has ranked at no in the doubles. 48.