Senegal footballer Krepin Diatta has been playing for Ligue 1 club Monaco since joining the club on January 21, 2021. Apart from playing for the club, Diatta is also a national footballer who plays for the Senegal national team.

His main position is a winger, and he can also be in the role of Centre-Forward. A professional footballer has already made his debut for the senior team of Senegal. Furthermore, he is one of the most skilled players on his team, and he also won the title of Best Young Player in the African Cup of Nations in the year 2019.

Starting the topic with his personal life, Diatta is a happily married man who goes by the name Aissata Mairame Aw. Some online sources report that Diatta and his wife, Aissatta walked down the wedding aisle in the presence of their family and close ones on March 13, 2021. Since then, Diatta and Aissata have been sharing the relationship of a husband and a wife. It seems like Diatta appears to be keeping his personal details far from the media. Due to this reason, the footballer has not made a single post on his Instagram handle.

Since January 21, 2021, Diatta has been playing for Ligue 1 club Monaco. When he joined the team, Diatta received a massive deal worth €16.70m. So, being a part of the respective team, Diatta is received a good salary. 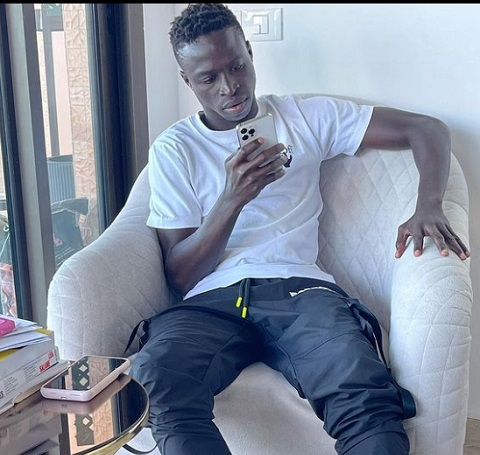 Moving into his football career, Diatta is a product of Oslo Football Academy. His professional football career began when he joined Sarpsborg 08 in the year 2017. After making 22 game appearances for the respective team, Diatta moved to Club Brugge in 2018.

Playing with them until 2021, Diatta appeared in 62 professional matches and also scored 17 goals. On January 21, 2021, Diatta joined Ligue 1 side Monaco, and since then, he has been playing for them. Regarding his career at the national team, Diatta played for Senegal U20 in the 2016-17 season. During that season, Diatta played in 19 games scoring seven goals. Furthermore, Diatta made his debut for the senior team on March 23, 2019, while playing against Madagascar in the 2019 Africa Cup of Nations qualifiers.

Born on February 25, 1999, Krepin Diatta was raised in Dakar, Senegal. The professional footballer is pretty private regarding his personal life, due to which his parents' and siblings' details remain unknown.