Ko Jin-Young was born on July 7, 1995, in Seoul, South Korea. She is the daughter of Ko Sung-Tae and his wife, Kim Mi-Young. Jin-Young has not shared about her education and academic qualification. Ko stands five feet and six inches tall and weighs 60 kg.

Ko Jin-Young has an estimated net worth of more than $5 Million. She has accumulated most of her net worth through her short career in Korea's LPGA Tour and LPGA Tour. Also, Ko must be making a handsome amount through her sponsorship deal with LG, Bloomberry Resort, and a few more. 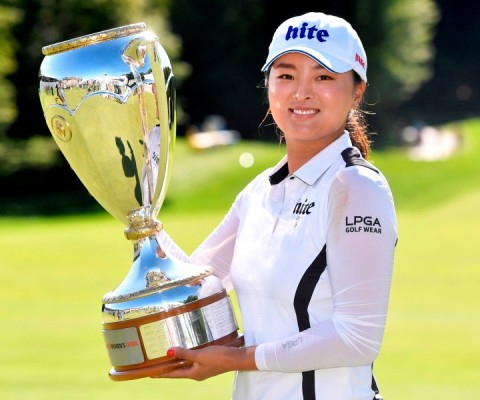 Ko started playing golf at the age of seven. Jin-Young turned professional in 2013 at the age of eighteen with the LPGA Korean Tour. She won her first LPGA of Korea Tour in August 2014 at the Nefs Masterpiece. The following season, Jin-Young won three more Titles. In 2016, The Korean player added three more titles, including a BMW Ladies Championship.

Jin-Young earned her first LPGA Tour title in 2017 at the LPGA KEB-Hana Bank Championship against Park Sung-Hyun. In 2019, She added four more LPGA titles to her trophy cabinet. She was named the LPGA Rookie of the year in 2018.  Ko won ANA Inspiration and The Evian Championship in 2019. Jin-Young reached No.1 in World Golf Ranking at the end of the 2019 season.

Jin-Young held the position until early 2021. In 2019, 2020, Ko finished the season as the LPGA Tour Leading Money Winner. Last season, She won the season-ending CME Group Tour Championship.  In July 2021, The South Korean Player won the Volunteers of American Classic.

Unlike other golf players, Ko does not show much presence on social media. Jin-Young is believed to be single as of 2021. She is at the peak of her career and must be focusing on her career rather than spending time with people.

Ko could secretly be dating and waiting for the right time to open about her relationship status in public.