Know about Marc Gasol’s Contract, Salary, Net worth and Endorsements 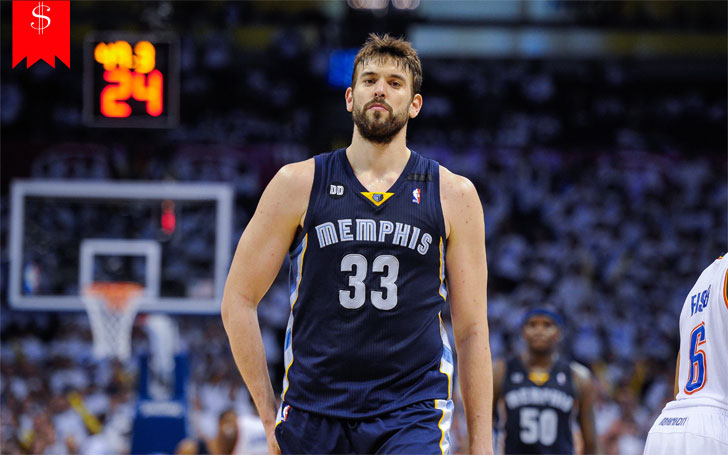 Gasol joined the club named Memphis Grizzlies in 2008. He was awarded NBA'S Defensive player of the year award in 2013. Marc was also the Spain's Silver Medal-winning Olympic team two times in 2008 and 2012.

After his seven years long career in Memphis, his contract with the club was finished in 2015. But in the end, he made the best move by staying in the same club. On July 13, 2015, he eventually signed a 5 year deal with Memphis worthing $110 million that includes a player option for the fourth year.

Gasol's Salary and Net worth

Currently, Gasol is one of the most frequent center players in NBA, let us talk about his net worth in detail.According to some authentic source, Marc's estimated net worth is 20 million dollars, which he was able to earn through his successful pro basketball career.

Marc receives an annual salary of 14 million dollars and his other source of income is through endorsements. There are still more years of his career, let's hope his net worth will expand more in coming years.

Marc has a house in Memphis, Tennessee. He purchased the house in 2012 for $600,000. The house is well equipped with a big and beautiful swimming pool and also a bedroom pool house. His favorite brand is Nike and wears the product of Nike.