Many people want a lifetime marriage; Kiya Winston and her wedlock might be close to her vows of till death do us part! And no, she nor her husband are facing any mortal peril. Their relationship as a married couple is strong and stood the test of time. Kiya and her husband, Mike Tomlin, married almost three decades ago, and the duo remains madly in love with each other.

Speaking of which, Kiya and her husband love to share their lovey-dovey moments on social media. Also, the life partners remain supportive of each other's business ventures. And so, Mike had his wife's undying support throughout his career, and Winston had her husband's unwavering faith in her ventures.

Kiya Winston met her husband-to-be during her college years!

Kiya Winston met her husband-to-be while studying as a pre-med student at The College of William & Mary. On the other hand, Mike Tomlin was studying sociology at the same university. However, Winston would later drop out and switch her major to Arts. Additionally, Kiya graduated from the University of Cincinnati. 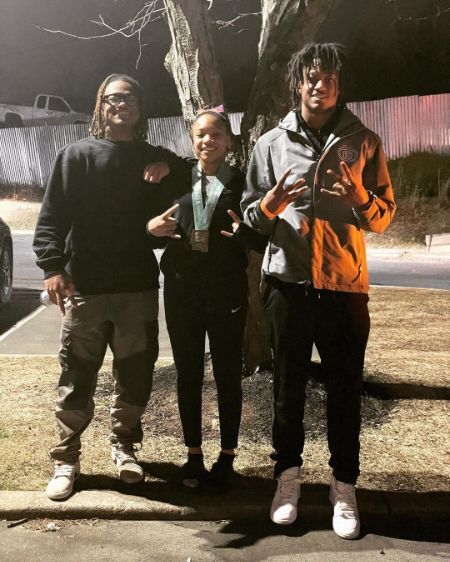 But before the shift, Kiya and Mike had probably already started having feelings for one another. And so, the duo likely kept in touch with each other. Nevertheless, Mike and Kiya keep their relationship as boyfriend and girlfriend out of the spotlight.

Although much about their early days as a couple stays completely hidden, Mike and Kiya share a strong relationship built with trust and understanding. Over the years, the couple showed their undying faith in each over through social media posts.

Kiya Winston and Mike Tomlin exchanged their vows right after Winston graduated from her college! And the love birds exchanged their sacred vows in 1996. Although many know the year of their marital bondage, the exact date and place of their wedding stay hazy. 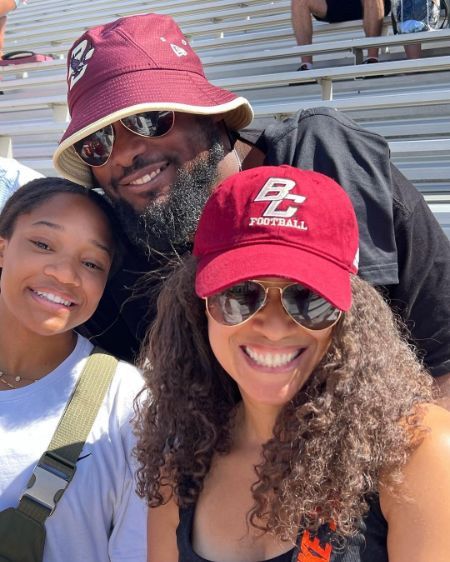 Kiya Winston took a picture with her husband and daughter at her son's football game. SOURCE: [email protected]_kiya.t

Exchanging their "I Do" in an intimate setting, Kiya and Mike celebrated their big day out of the public view. And after their marriage, Winston changed her last name to that of her husband, Tomlin.

Kiya, the designer, and her spouse, the Pittsburgh Steelers head coach, welcomed three kids into their marital life. The head coach and his wife welcomed two sons and a daughter. Kiya's eldest, Michael Dean Tomlin, was born in 2000. And Mike and Kiya's second child Mason Tomlin was born in 2002. Lastly, Winston gave birth to her youngest baby, Harlyn Quinn Tomlin, in 2006.

Mike and his wife raised their kids in a loving and supportive home. And unlike Kiya, her children had to see the tough times she saw as a child. All their younglings are involved in some sport; Harlyn does gymnastics while her brothers play football.

Given how loyal and loving the married couple, Kiya Winston and Mike Tomlin, are in their marriage, it's not shocking to see their marital bond so strong. And besides, the couple remains in love with one another even after so much time has passed.

The Tomlins keep their hands away from any scandalous events. Likewise, the couple remains utterly free of any rumors or news of them having an affair. Similarly, the duo stays miles away from the topic of separating or divorce.

Both Mike and his wife, Kiya, keep their past relationships hidden. And so, the duo likes to leave their ex-boyfriends and ex-girlfriends in the past. As such, the names romantically connected to the couple stay hidden behind the shadow of time.

Kiya Winston and her husband, Mike Tomlin, support each other completely!

Even as a child, Kiya Winston was intrigued by the idea of designing clothes. And as an adult, Kiya gained a massive spotlight for her products. Winston sells her products for hundreds of dollars at her store, Kiya Tomlin. 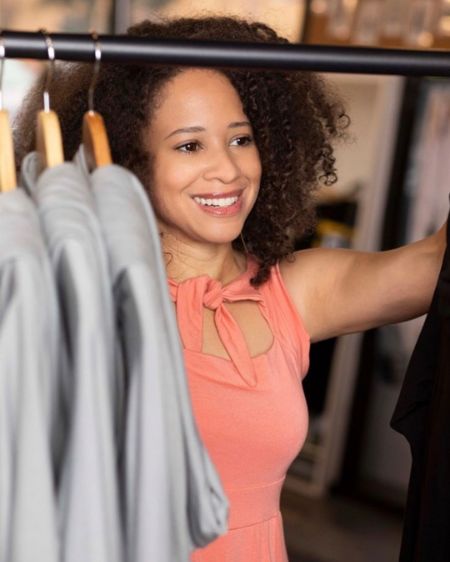 Yes, her husband brings home millions of dollars a year; however, making clothes gives Kiya a sense of happiness. And so Mike Tomlin supports his wife's business endeavors. And so, as of 2022, Kiya Tomlin holds approximately $8 million as her net worth.

Mike, the head coach, holds an estimated $16 million as his net worth. Also, Tomlin brings in $6 million as his annual salary. Kiya and her husband bought an estate for $1.8 million in Pittsburg, Pennsylvania, in 2007. And with time, the price for the estate sure has reached a higher amount.