Kirk Ferentz is a well-recognized American football coach who has been working as the head coach of the University of Iowa. He joined the team in 1999. Under his leadership, the team has won two Big Ten Championships. Kirk has been awarded the Big Ten Coach of the Year four times in his career. He has been the longest-tenured FBS coach with one program.

Kirk Ferentz was born Kirk James Ferentz on August 1, 1955, in Royal Oak, Michigan. He is among the three children born to John Ferentz and his wife, Elsie Mae Ferentz. Ferentz has a brother named John Ferentz and a sister named Julie Conway. Kirk enrolled at the University of Connecticut after graduating from Upper St.Clair High School. He was a football captain and an academic all-Yankee Conference linebacker at Connecticut.

Kirk Ferentz has an estimated net worth of more than $30 Million. Kirk was ranked at no. 19 in the NCAAF Coaches Salaries list. He has an annual salary of $4.5 Million. In 2017, Kirk and University signed a ten-year contract worth more than $49,500,000. His contract includes several incentives like $1.5 Million if, He leads his team to the National title. $200,000 for appearing or $250,000 for winning Conference Title. 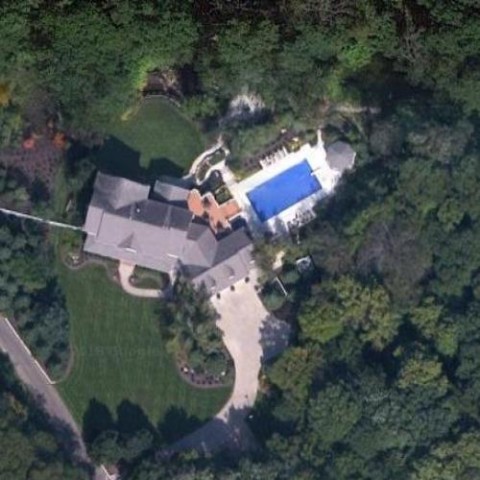 Ferentz made $2.7 Million as his annual salary while he worked as the head coach of Iowa. He became the highest-paid coach in the Big Ten and third highest in college football of the time. Nick Saban was ranked as the highest-paid NCAAF coach in 2020 with his earnings of $9.1 Million. The head coach is currently living in a $1.2 Million Mansion located in Saddle Club Road in Iowa City.

Yes, You read that right. Kirk is the proud father of five children. Kirk tied his wedding knot with his longtime girlfriend, Mary, in the early 1990s. None of them have shared a word about their wedding ceremony to date. They have five children: Brian, Kelly, Joanne, James, and Steven. 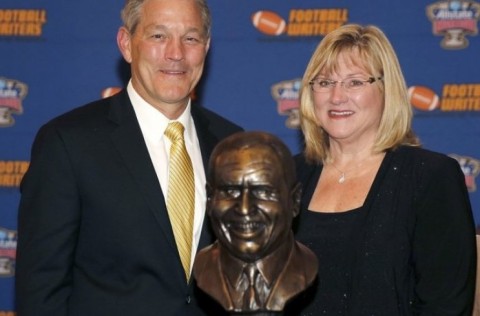 Kirk in an event along with his wife, Mary SOURCE: Iowa News

The family of seven is living a happy life. His children have been following in his father's footsteps and have started working as football coaches. His daughters have graduated from the University and have started their careers.

Kirk started his career as an American football player. He played football as a linebacker for the University of Connecticut. After graduating from University. Ferentz began to working as a graduate assistant coach for his alma mater. Kirk worked there for just a year and moved to Worcester Academy. The coach moved to several universities before Iowa recruited him as their head coach in 1999.

Ferentz did not have a good start to his career but slowly made his team rise. In 2002, His team shared the Big Ten Conference Championship with Ohio State. He was named Coach of the Year. Kirk won numerous awards and accolades to his name as a head coach of the team. In 2004, The team won their second Big Ten Championships.

In 2015, the University of Iowa ended their ten-year drought without a trophy when they won Big Ten West Division. While his time as an offensive line coach, Kirk worked with numerous top head coaches like Bill Belichick and Brett Miller.