Kim Jin-kyu is a former football player coming from Yeongdeok, Gyeongbuk, South Korea, who played professionally as a defender for various teams and also the South Korean national team representing them in multiple events. Apart from that, he also played a center-back. Furthermore, Jin-kyu was one of the most loved and skilled players on his team.

Besides, he has been a part of multiple teams and also led them to win various games. Not only that, but he was a great playmaker who helped his squad to win some championships too.

Insights On His Career At Club

Kim Jin-kyu started playing football when he was in 4th grade. As we know, he went to Andong High School. After graduating, Jun-kyu headed straight to K League rather than playing for a university.

During his time at Jeonnam Dragons, he set a record by becoming the youngest player to achieve a goal on his team. And in 2005, he was transferred to Jubilo Iwata. In January of 2007, he came back to Jeonnam Dragons. Later, he got chances to play for various teams, and on July 25, 2007, Jun-kyu joined FC Seoul. And with the team FC Seoul, he played in numerous games and was also a part of them when they won the K League in the year 2010. 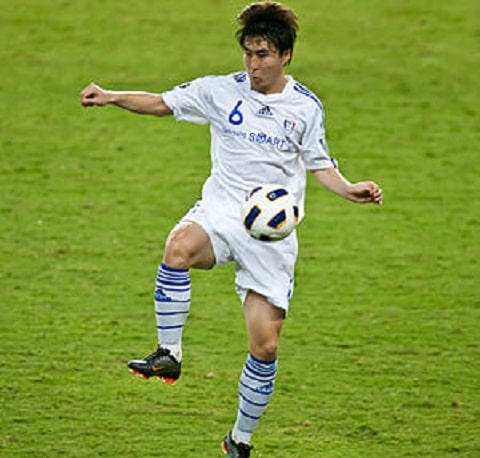 Kim Jin-kyu during a match SOURCE:

In January 2011, he transferred to the Chinese Super League side Dalian Shide. Later, he went to J1 League club Ventforet Kofu on loan for six months. Moreover, Jun-kyu returned to FC Seoul after Kofu was relegated to the Second Division. In addition to that, he signed a deal with Pattaya United on loan from Muangthong United in the Thai Premier League in the year 2016.

Jin-kyu has represented the South Korean national team in some events, mainly in the 2005 East Asian Football Championship. And Jin-kyu scored his first goal in a match against China. Further, he was also selected to represent South Korea in FIFA World Cup in 2006.

Career Earnings and Net Worth Revealed

During his professional career, Jin-kyu may have worked with some sports brands or companies. After retiring from football, he may have been engaged in some fields from which he may make a living through it. 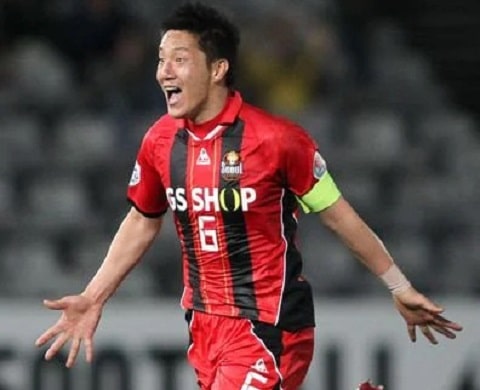 Also, explore Song Bum-Keun, the South Korean football player who has a net worth estimated to be $1 million.

The former player, Jin-kyu, may be leading a single life as there are no details about him being involved in any romantic affairs. On the other hand, Jin-kyu's fans have also speculated that he may have married, but due to the lack of information, we are unable to confirm this point.

In the same way, Jin-kyu is a private person and is also not much active on any social media platforms. Due to this reason, we are unknown if he has a wife or a girlfriend. Like many other footballers, Jin-kyu also prefers to keep himself far from the public domain as he is highly aware of his privacy. Kim Jin-kyu during his game SOURCE: Shutterstock.com

However, the retired footballer may give some updates in the future as his fans and well-wishers have been eager to know about it for a long time. We will also share more news about his personal life in the future.

Short Insights On His Early Life

Kim Jin-kyu was born on February 16, 1985, in Yeongdeok, Gyeongbuk, South Korea. He holds South Korean nationality. As said above, Jin-kyu is a very private person and has not opened up anything in the media. So, his parents and family details remain under review.

Apart from that, he also has an older brother. Unfortunately, the name of his brother remains far from the public domain. As for his education, he went to Andong High School from 2000 to 2002.

Is He Active On Social Media?

Jin-kyu is a private person, and he does not have much activeness on social media. At the time of this post, he is officially unavailable on any social media platforms. Besides that, we can find multiple fake accounts of Jin-kyu on Instagram and Twitter.

Some Facts About Kim Jin-kyu