Khalen Saunders is an American Football defensive tackle for the Kansas City Chiefs of the National Football League (NFL). He has begun his career playing college football for Western Illinois, and he has also played high school football at Parkway Central High School.

Is Khalen Saunders Married or involved in a relationship?

Yes, Khalen Saunders is a married 25 years old man, and he was married to Ayanna Saunders. They both have been in a relationship for a long time before getting married, and they are very happy with their marriage. On the other hand, they both have two daughters, and he loves both very much. Khalen Saunders with his wife and daughters SOURCE: [email protected]

Similarly, his first daughter Koko was born when he was at the 2019 Senior Bowl, and his 2nd daughter's name was Kami.

Net worth, Salary, and Contract of Khalen Saunders

Furthermore, his main source of income is football, but he also earns through endorsement and sponsorships.

Khalen Saunders was born on August 9, 1996 (age 25), in St.Louis, Missouri, and he started his football play in high school. He was married to Ayanna Saunders, his long-time lover, and they both have two daughters together. They both look great together and live a happy life with their children. 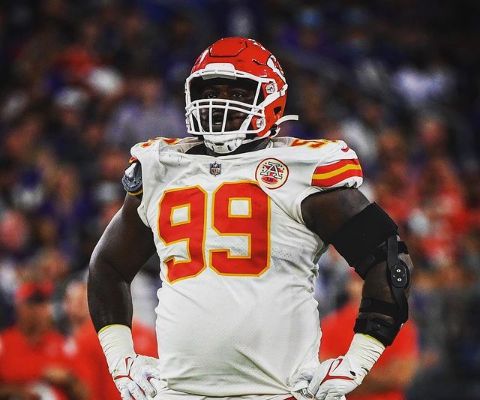 Furthermore, he was new to the game and had a long career ago. Talking about his physical appearance, he is 6 feet tall and a fat man. Similarly, his weight is 147 kg, and he is black in color. According to the astrologists, his zodiac sign is Leo.

Similarly, he has 248 posts on Instagram, including most game images and family, friend and girlfriend images.

During his career at WIU, Saunders mainly played defensive line but also sporadically continued his career on the offensive side of the ball, recording a rushing and a receiving touchdown in his career. After his senior season, he became the first Leatherneck ever invited to the Senior Bowl. While playing in the contest, he recorded the game's first sack on Will Grier, earning accolades from Oakland Raiders. 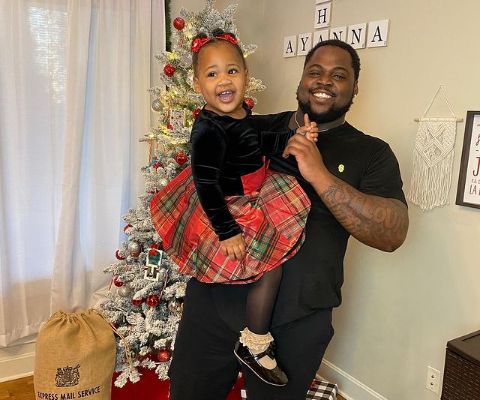