A Russian professional mixed martial artist Khadis Ibragimov is currently signed to the Ultimate Fighting Championship and competes in the Light heavyweight division. Earlier, he competed at M-1 Global where he was a light heavyweight champion and is a two-time European Combat Sambo champion.

How much does Khadis Ibragimov earn at UFC? Is he Married? Who is his girlfriend? What is his MMA record? Read the article to know about the Russian fighter.

How much is Khadis Ibragimov UFC Salary?

Khadis is currently signed to the UFC which is the most popular MMA promotion and also pays the highest paycheck to its fighters. The Dagestan born fighter has appeared in 3 fights and has lost all of them. He first made his UFC debut in August 2019 and has fought once in 2020. His UFC salary per fight is $13,500 and has earned $40,500 from UFC.

Ibragimov hasn't won a fight at UFC and is still to win bonuses and a huge paycheck. He will definitely earn well once he starts performing well in the company. Prior, he fought at M-1 Challenge where he was a light heavyweight weight champion. He was one of the highest-paid fighters and made good earnings.

The Russian MMA fighter started his career with Russia Regionals in 2017 and joined M-1 Challenge in 2018. He won the M-1 Light Heavyweight Championship against Dmitriy Mikutsa in August 2018. He made his UFC debut against Da Un Jung in august 2019, which he lost via submission. He then fought Ed Herman at UFC Fight Night: Magomedsharipov vs. Kattar and lost via decision.

Ibragimov lost to Roman Dolidze via TKO at UFC Fight Night: Figueiredo vs. Benavidez 2 in July 2020. He is scheduled to fight Danilo Marques on September 27, 2020, at UFC 253.

The 25-year old handsome is currently unmarried and is probably single at the moment. He has remained private about his personal life and has not shared much details about his family, relationship status, and partner. Taking a look at his Instagram, he is reported to be single and don't have a wife. However, the handsome fighter might be dating his girlfriend secretly which he hasn't yet disclosed. 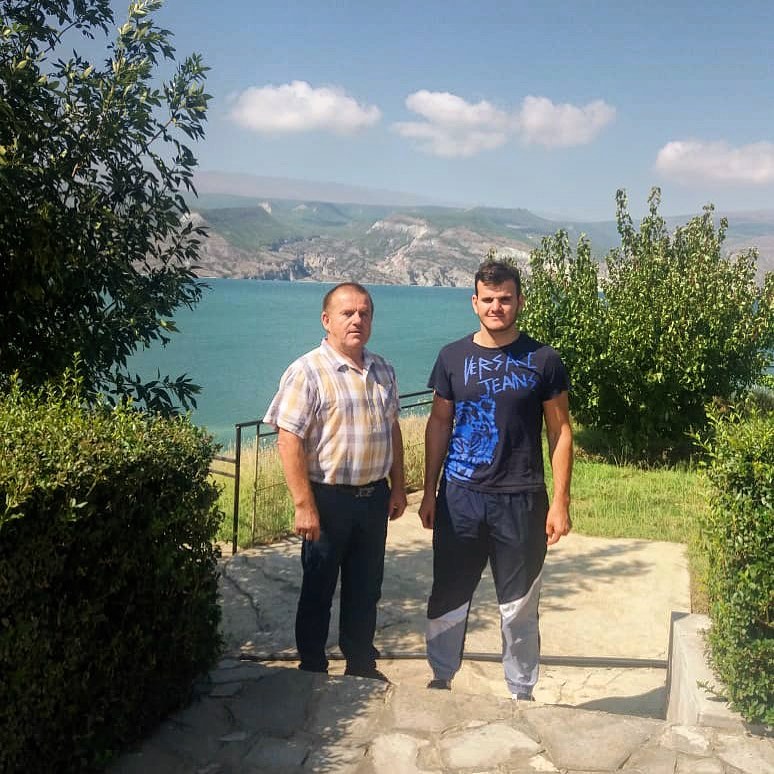 He is quite close to his parents and and family and has shared several photos with his father and mother on his Instagram.

Ibragimov is 8-3 in MMA with all 3 losses coming at UFC.