Kevin Javier Alvarez Hernandez, aka Kevin Alvarez, is a Honduran associational football player who plays as a right-back for Real Espana in the Liga Nacional de Futbal de Honduras. Before Espana, Alvarez professionally played for several football clubs, such as Olimpia and Norrkoping. He also plays for the Honduran national football team.

Kevin Alvarez, the right-back for Espana, is a San Pedro Sula, Honduras boy born on August 3, 1996, under the zodiac sign Leo. Meanwhile, the Honduran nationality is 26 years old and a righty footballer. Concerning his bodily stature, Kevin possesses a height of 5 feet 11 inches and weighs over 76 kg.

When it comes to a family matter, the footballer chooses to stay silent. He is among the players who keep their private details to themselves. So as a consequence, his family background and his family members' information remain under the radar. Despite keeping his family low-key, Alvarez posts their pictures on his Instagram handle @kevinjavieralvarez2 without mentioning them.

Net Worth, Salary And Market Value

Per the reports, the 2017 CONCACAF League Champion Kevin Alvarez has an estimated net worth of around $100,000. For your concern, he adds most to his net worth by playing professional football for different clubs. We could determine his salary figures with his current club as the club has not disclosed them. However, the average player in the Liga Nacional makes about $2,000 per month. 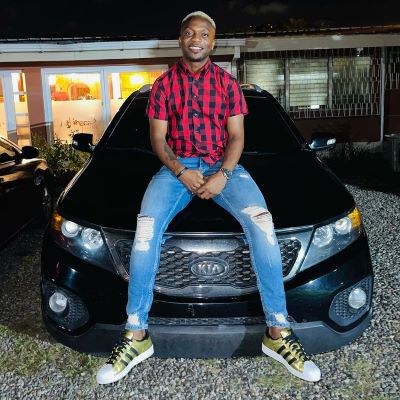 Not to mention, Alvarez is the backbone of his family. With his footballing income, the Espana jersey 20 looks after his family. As of 2022, his current value in the transfer market is worth €225K. Indeed, it is also the highest market valuation in his active career.

The former Swedish club star player Kevin Alvarez's love life is very suspenseful. Also, it's his most asked query by his fans. The right-back is very reserved when it comes to his love life. So far, he has not given any signal of dating, so we could not see his current dating life. Like Jackson Porozo, he is believed to be single and unmarried.

Kevin Alvarez, the 5 ft 11 inches tall player, was very sporty since his childhood. Before playing professionally, Alvarez played in numerous local competitions and tournaments. His professional footballing life began in 2013 when he signed his first six-year professional contract with Olimpia.

During his tenure at Olimpia, the San Pedro Sula-born player played 120 games with eight goals on his name. After his release from the team, the defender joined the Swedish side, joining Norrkoping for the 2019-20 season and playing till 2021. Unfortunately, Kevin got a loan to the Real Espana of the Liga Nacional. To date, the player made his total appearance in 21 league games.

Kevin made his national team debut in 2013, playing with the Honduras U17 team. He appeared in twelve games and scored a goal. The player went on to represent the national team in several divisions and then earned his senior team call in 2015.