Kermit Erasmus is a professional football player from South Africa who currently plays in the African top league, Premier Soccer League. He plays in the striker position for Mamelodi Sundowns where he joined in 2020. He has also equally influence in the left-winger position too.

Before, he has also played for the Orlando Pirates where he won the Nedbank Cup in the 2013-14 season. Also, he is a 1-time Premier Soccer League champion which he won in the 2007-08 season with Supersport United. Individually, he was named in the CAF Team of the Year in 2015.

Kermit Romeo Erasmus, famously known as Kermit Erasmus was born on July 8, 1990, in Port Elizabeth, South Africa. According to astrology, his birth sign is Cancer. He was born to his father Jeremoe Erasmus and his mother Delise Erasmus. His family is from Africa and of African descent. Information about his siblings is unknown to the public.

He started his youth career with the Rangers club situated in South Africa. Along with the Rangers, he spend his early playing time with Par United and SuperSport United. To play for the latter, he had to move to Pretoria.

With the same club, he made his professional debut in 2007. After that, he played for several teams including Feyenoord, Orlando Pirates, and others. In 2019, he joined Cape Town City where he had his best time. He scored 15 goals in 35 appearances.

How tall is Kermit?

What is the net worth of K Erasmus?

The South African striker, Kermit Romeo Erasmus has an estimated net worth of more than $600,000. 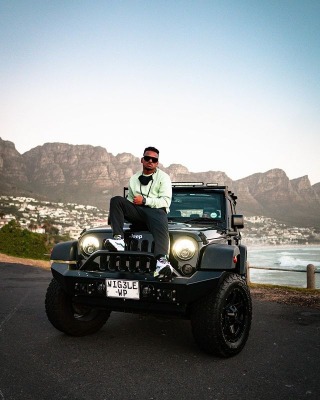 As per the source, he earns more than Rs. 450,000 per month with his current club Mamelodi Sundowns. He is one of the highest-paid footballers in the South African league.

According to transfermarkt, his market value in 2022 is 500 thousand pounds. It is not the highest he has ever had as it was 1.25 million pounds in February of 2016.

Who is the mother of Kermit Romeo's daughters?

It is very difficult to predict whether Kermit Erasmus is currently living a single life or having a relationship. But he had at least one relationship in the past.

He has 2 beautiful daughters aged around 8 years old. But he has never mentioned his children's mother. He has not shared a word about who he had a relationship with.\ 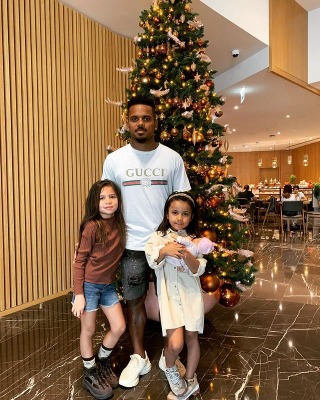 Read: Who is the girlfriend of Ihsan Haddad?

On December of 20, he posted a Merry Christmas to his fans where he mentioned his children. He said,

"Merry Christmas to you and your family from me and my girls, hope everyone had a lovely day with their loved ones."