Bobby Poyner is an American professional Baseball player who plays in the Major League Baseball (MLB). As of 2018, Bobby Poyner currently plays for the Boston Red Sox as their pitcher. He played college baseball for Florida Gators and was picked by Redsox in the 2015 MLB Draft. 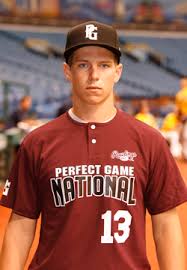 Bobby Poyner attended Palm Beach Central High School in Wellington, Florida where he played for his high school baseball team. After completing high school, Bobby Poyner enrolled at the University of Florida and played for the Florida Gators until 2015.

Bobby Poyner Net Worth and Salary

As of 2019, Bobby Poyner has an estimated net worth of over six-digit figure. Further, the MLB player has an average salary of $535 thousand annually which is quite equal as Ross Stripling.

Additionally, Bobby Poyner so far has made earnings of $168,220 from his entire MLB career while one of the all-time highest earner Clayton Kershaw has total career earnings of $173,034,000.

Furthermore, he is one of the players who receive a salary as a pre-arbitration player with reference to his service time in MLB.

An eligible pre-arbitration player typically earns a minimum wage in the major league during the first three years of service."

Poyner's contract and earnings, including bonus and incentives

Further, the MLB Player Bobby Poyner earns a good amount of money from various sponsorships which will certainly add an amount to his current net worth.

However, the 26 years old sports personality might be in a secret relationship with his probable girlfriend or wife. Additionally, there aren't any rumors about his past relationship, affairs, and girlfriends in the media yet.

Talking about his body measurement, the Famous MLB star is 6 feet in height and weighs around 101 kg.

In the 14th round with the 411th overall selection from the 2015 MLB draft, the Boston Red Sox selected Poyner. After signing, he made his professional debut with the Lowell Spinners of Class A Short-Season New York-Penn League and made 17 relief appearances throughout the season, recording 2.28 ERA.

In 2018, the Red Sox invited Poyner to spring training as a non- roster player to compete for a leading role in the League. Poyner debuted his MLB on 31 March, pitching 2⁄3 of an inning against the Tampa Bay Rays while allowing a hit, a home run by Carlos Gómez.

He was recalled to Boston on 4 May, pitched against the Texas Rangers one inning that day and opted back to Pawtucket the next day. On September 1, when rosters expanded, Poyner was called to Boston. He finished the season with a record of 1- 0 in 20 Boston appearances, recording a 3.22 ERA and 24 strikeouts in 22 1⁄3 innings.

Currently, he is playing along with his star teammates such as J.D. Martinez, Dustin Pedroia and many more.