2018 Horizon League Player of the Year, Kendrick is an American professional basketball player who currently plays as a Point guard / Shooting guard for the Miami Heat of the National Basketball Association (NBA). Undrafted in the 2018 NBA draft, Kendrick first signed his professional contract with the Golden State Warriors in 2018, singing a partially guaranteed contract. Additionally, Kendrick made his NBA debut on October 23, 2019, playing against Memphis Grizzles.

Former player of the Oakland University, Nunn, was born on August 3, 1995, in Chicago, Illinois, to Melvin Nunn Jr and Kimberly Harris. Kendrick is an American native and belongs to the ethnic group of Africans. Also, Kendrick's birth details suggest that he was born under the star sign, Leo.

Playing just two seasons in the MLB, Kendrick has managed to accumulate a hefty net worth over $1 million. Also, he has collected $1,421,589 as career earnings, playing for the single team, Miami Heat. 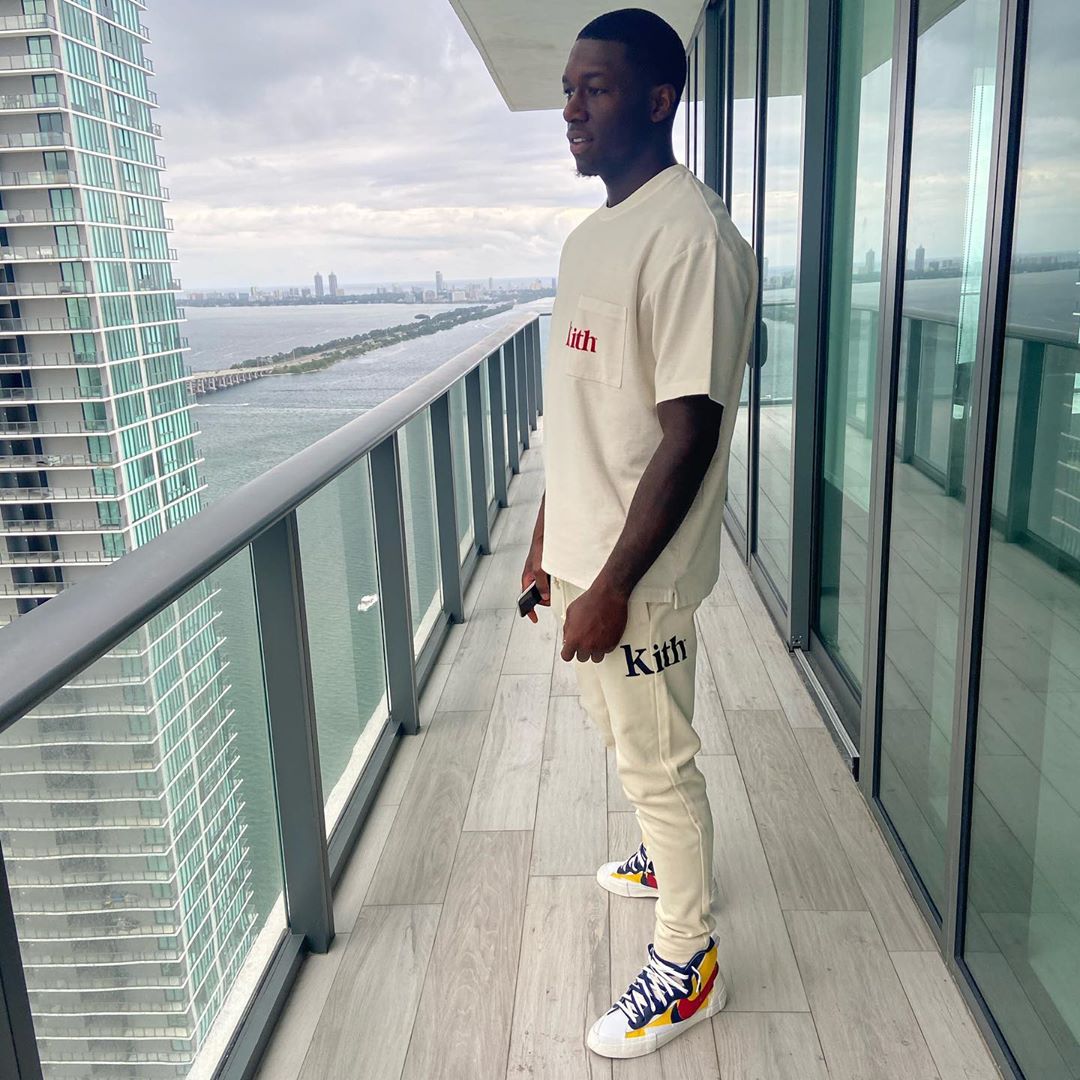 Apart from his career earnings, he earns an additional amount of cash via endorsement deals. In particular, he often promotes the products of the brand, such as LeagueFits, SPRAYGROUND, and many more.

Although Kendrick is living a single life, he is raising a son named Feliz Navidad. Additionally, his son Feliz was born in January 2016. However, the details about the mother of his child are still out of reach of the media. 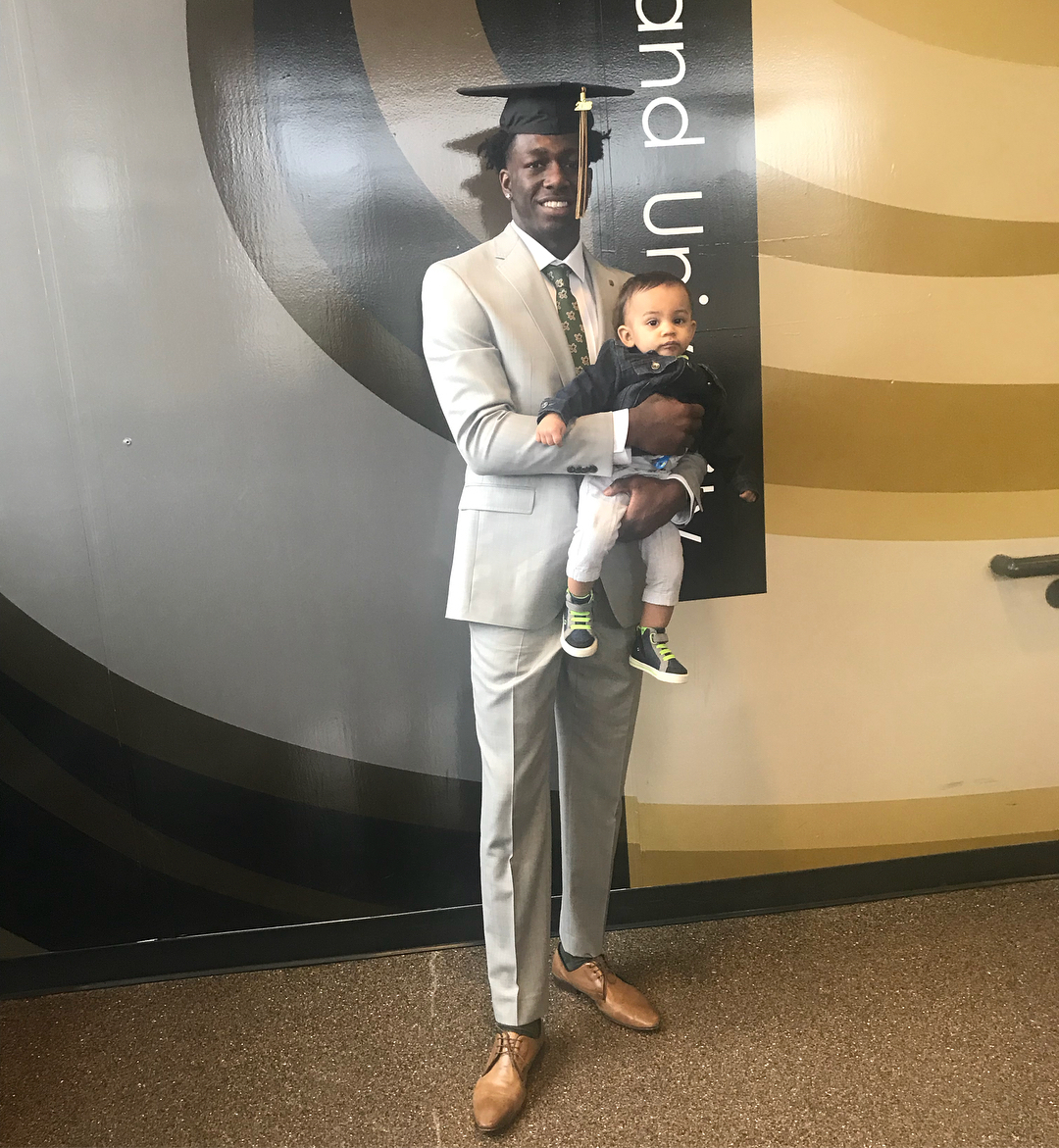 Kendrick and his son Feliz on his graduation SOURCE: Instagram @nunnbetter_

Besides, Feliz seems to be a bundle of joy for Kendrick as well as for his grandfather, Melvin. Notably, Kendrick's adorable son Feliz even attended his graduation ceremony in May 2018.

Nunn was suspended from Illinois University in 2016 after pleading guilty to a misdemeanor battery charge. In particular, he was arrested for domestic violence in May 2016, hitting a woman in the head, pushing her, then pouring water on her.

As a punishment, he was ordered to complete 100 hours of public service. Also, he was assigned to volunteer a program on partner abuse and was requested to write an apology letter to the victim.

After the incident, the University of Illinois released the statement saying:

"We care deeply about Kendrick and want him to be successful. But after extensive deliberation, we think it best for our program to reaffirm our core values of trust and respect, to send a strong message about what is acceptable behavior for our student-athletes."

As of 2019, Kendrick currently plays for the Miami Heat of the National Basketball Association (NBA) as a Point guard / Shooting guard. Undrafted in the 2018 NBA draft, Kendrick first signed his professional contract with the Golden State Warriors in 2018, singing a partially guaranteed contract.

Additionally, Kendrick made his NBA debut on October 23, 2019, playing against Memphis Grizzles. Apart from his club career, he played for the U-16 as well as the U-17 team for the United States. In particular, he was selected to play in the 2012 FIBA Under-17 World Championship from June 29 to July 8, 2012, along with teammate Jabari Parker and Jahlil Okafor.