Ken Rutherford is a cricket commentator for Sky Network Television and a former New Zealand cricketer who domestically and internationally played for a long time. He represented the New Zealand national team at various levels and was also a captain for a period in the 1990s. Domestically, he played for Otago and Transvaal/Gauteng. Furthermore, Rutherford had a wide and varied career.

As a 19-year-old, Rutherford played cricket for New Zealand versus the West Indies team. Apart from his playing career, Rutherford later held multiple positions, and now he is also a cricket commentator. From this, it becomes clear that he has not left the sports field as he was interested in this sector from an early age. Besides that, Rutherford is also recognized as the father of Hamish Rutherford, a New Zealand cricketer who plays first-class cricket for Otago and represents New Zealand in international cricket.

Ken Rutherford was born on October 26, 1965, in Dunedin, New Zealand. He was raised alongside his elder brother Ian Rutherford. For your information, Ian is also a cricketer who played first-class cricket as a batsman for Otago.

The Rutherford brothers played in the same Otago team from 1982 to 83 and 1983 to 84. Furthermore, Rutherford holds New Zealand nationality. Meanwhile, his full birth name is Kenneth Robert Rutherford. The information about his family background remains a mystery as Rutherford has not opened up yet.

Initially, he played for Kings High School's first XI in Dunedin. Besides, he was also associated with Otago and made his debut for the team in 1982-83. During that time, he was just 17 years old. And in 1984, Rutherford was granted a scholarship at Lords. 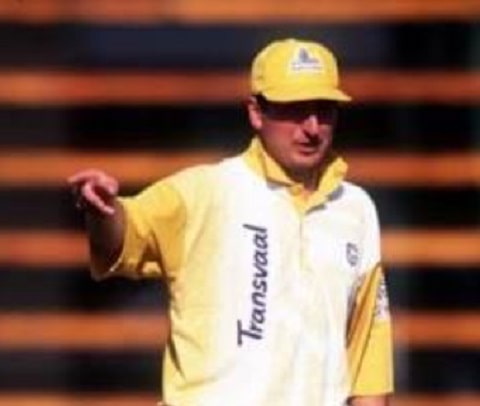 Not only that but he was also selected for the Young New Zealand tour of Zimbabwe. Furthermore, Rutherford got more recognition when he scored 226 not out against India in the 1989/90 season. Apart from that, he was dropped off from the New Zealand team in 1995.

So, he went to South Africa to play first-class cricket for five seasons. Firstly, he played for Transvaal and for Gauteng.

Moving onwards, Rutherford has also represented the New Zealand team in some national and international events. Just at the age of 19, Rutherford made his debut during New Zealand's tour of the West Indies in 1984/85. In the same way, he participated in some other games giving his best performances.

What Is Rutherford Doing Now?

After retiring from cricket, Rutherford was appointed a Member of the New Zealand Order of Merit. Not only that, but he also coached the Irish national cricket team. After that, his love for horse riding developed. Similarly, Rutherford also served as chief executive of racing broadcaster Tellytrack. 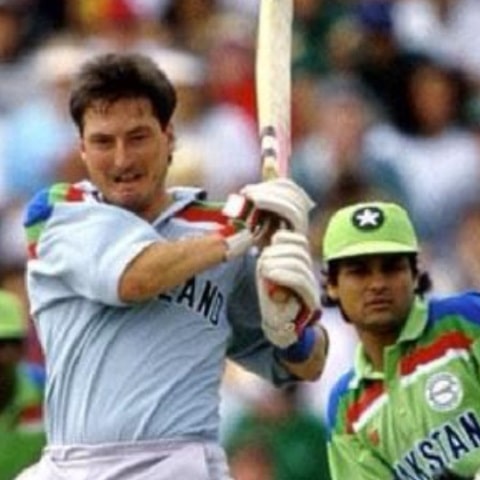 Ken Rutherford in one of his games SOURCE: Twitter @ICC

He was also general manager of the Waikato Racing Club, and later, he also worked with New South Wales. As mentioned earlier, Rutherford is also a cricket commentator for Sky Network Television. In addition to that, he published his autobiography named A Hell of a Way to Make a Living in the year 1995.

So, now, Rutherford might be busy with his work schedule and keeps himself away from media prominence.

The former New Zealand cricketer has amassed a huge amount of money as he has a long history in professional cricket. The majority of his income came from his career, and some online portals report his net worth to be around $500,000 to $1 million.

Domestically, Rutherford played for some teams that might have paid him well. Apart from that, the former cricketer has also been a part of multiple national and international games, and his performances in those games have increased his earnings.

After retiring from cricket, Rutherford served as a coach, and the person holding this position has an average salary of $74,684 per year or $38.30 per hour. So, he may have earned in the same range. Not only that, but Rutherford has also worked in multiple positions.

As we know, he is also a cricket commentator, and Commentators from Sky Sports are paid $4K/match. As per his Wikipedia bio, he is associated with Sky Network Television. So, Rutherford may take home in the same range as being a cricket commentator. No doubt, his income will increase as he is still working actively.

Does Ken Rutherford Have A Wife?

Coming into his personal life, Rutherford is a married man, and he has a wife named Karen. Not much is known about their married life, as both of them have chosen to keep themselves away from the media due to privacy concerns. 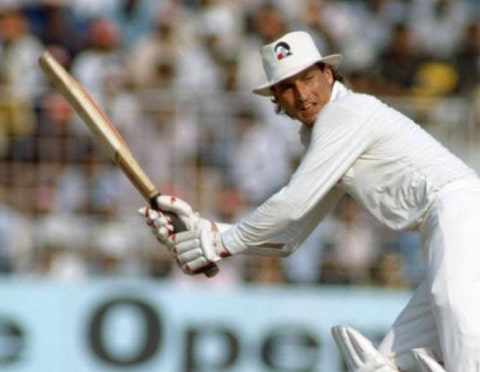 Ken Rutherford has a son who is also a cricket player SOURCE: Twitter @WSCupCricket

Apart from that, the Rutherford couple has supported their kids from a young age, and they have also appeared in various games to support and cheer up their children. For your information, the pair have already started their own family and are blessed with a son named Hamish Rutherford.

Hamish is also a well-known New Zealand cricketer who plays first-class cricket for Otago and represents New Zealand in international cricket. Moreover, the Rutherford family lives a low-profile life. So, it is pretty difficult to learn about their life.