Japanese professional footballer Keisuke Honda plays as an attacking midfielder and a winger for Liga MX club C.F. Pachuca and the Japan national team. He was named in the 23-man squad in 2018 FIFA World Cup in Russia.

Honda is the first Japanese player who successfully scored in three different FIFA World Cup: 2010, 2014 and 2018.  He began his professional career at the age of 22 with J1 League side Nagoya Grampus. He married Misako and have a son together.

Keisuke Honda was born on 13 June 1986 in Settsu, Osaka with the birth sign Gemini. He was born with a Japanese nationality. He was so much fascinated by football since he was a child. Being raised in Osaka, he had belonged to the local junior youth team at Gamba Osaka. However, he was not capable to be promoted to the youth team.

After finishing graduation from Seiryo High School, Honda started his professional career at the age of 22, with J1 League side Nagoya Grampus in 2004. Before, he struggled a lot to get a chance to play for such clubs.

Honda played for many national and international clubs during his career in football.

Honda signed a two and half-year contract with Eredivisie side VVV-Venlo on 16 January 2008. Moreover, he successfully appeared 36 times in the league, scoring 16 goals for the club. He used to know as Keizer Keisuke which means Emperor Keisuke among the club's fans.

After performing in Venlo, Honda transferred to Russian club CSKA Moscow with signing a four-year contract. However, he made his first debut for the club against Sevilla in the UEFA Champions League. After, he scored the winning goal in a direct free kick in the favor of CSKA, after having set up the first goal for Tomas Necid.

On 12 March 2010, Honda scored his first league goal for the club playing in the home match against Amkar Perm.  Later on, he scored twice, after getting passes from Ahmed Musa, which got a victory over Alania on 16 Sept 2012. Again, Honda scored CSKA's first goals against Zenit in the Russian Super Cup in Rostov which resulted in a victory 3-0 in 2013.

After finishing the contract with CSKA club, Honda got a free transfer to the Milan club where he officially joined the team with a long-term contract until 2017 on 4 January 2014.  However, Honda made his first debut for Milan against Spezia, scoring with victory 3-1 in the quarter-final of Coppa Italia. Furthermore, he scored his first Serie A goal against Genoa, however, the match was won by the Rossoneri 1-2.

On the next season, Honda scored for Milan against Lazio, scoring the club's first goal of the season on 31 August 2014. After, he scored his second goal for Milan on 14 September playing against Parma which resulted at 5-4. In the next match against Empoli, Honda made the match drew with 2-2 by drilling a hot on the edge of the box. 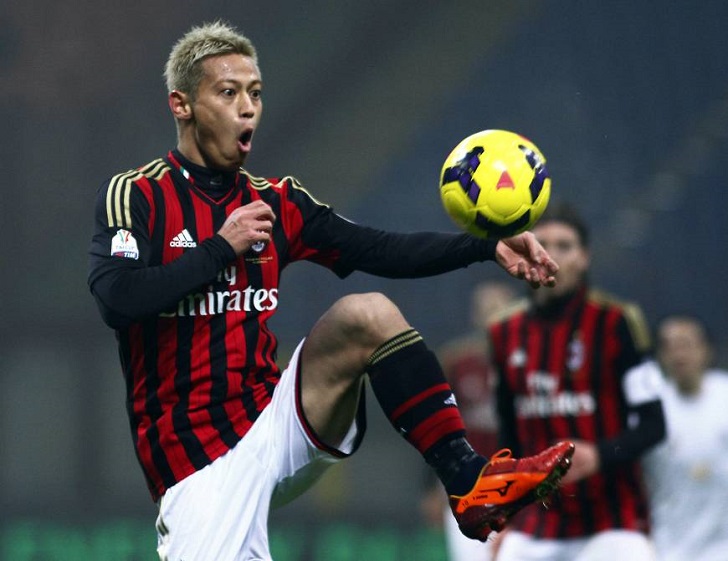 On 19 October, Honda again scored his first brace playing for Milan against Verona which resulted in the favor of Milan with 3-1. Honda scored against Bologna on 21 Oct 2017 which qualified Milan to the Europa League for the first time since the 2013/14 season from a free kick.

After performing for Milan club for a long duration, Mexican club Pachuca singed Honda on 14 July 2017. However, he made his first debut against Veracruz resulted in a 4-1 win over.

Keisuke Honda has successfully performed a lot in the international stage of football as well. He was a member of the Japan team for the 2005 FIFA World Youth Championship and even played for the U-23 national team. He scored his first international goal for the senior national team against Chile on 27 May 2009 at Nagai Stadium. In the Japan national football team, he scored 20 goals playing for 52 matches.

Moreover, in the 2010 FIFA World Cup, Honda scored the only and magical goal against Cameroon. He was also included in the 2011 AFC Asian Cup by coach Alberto Zaccheroni, where he scored a penalty kick against Syria making the score 2-1 in favor of Japan. Even, he was awarded as the most valuable player of the 2011 AFC Asian club. 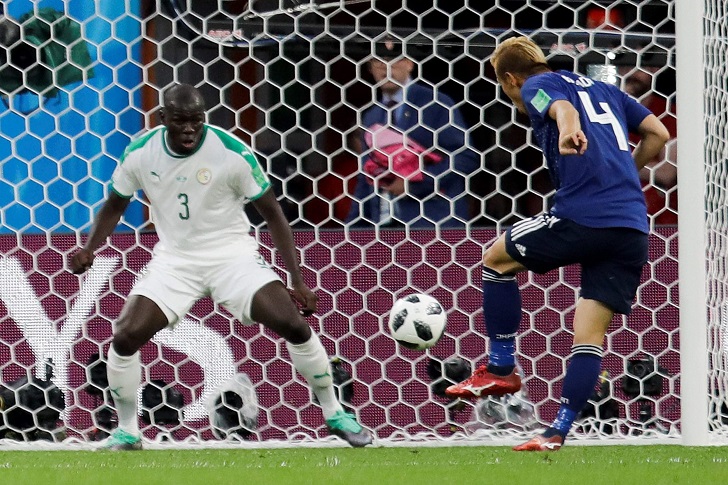 Besides, Honda scored a beautiful goal against Oman on 3 June 2012 which resulted in favor of Japan ended in 3-0.  He also made a hat-trick while playing against Jordon on 8 June 2012 and won by 6-0. He also appeared in the FIFA World Cup 2014 qualification and played FIFA World Cup 2014 into the C group in Brazil where he successfully scored a goal.

In 2015 AFC Asian Cup, Honda has appeared in Javier Aguirre's 23-man squad. However, he scored a penalty kick against Palestine resulted in a 4-0 win. On 24 June 2018, Honda scored a goal against Senegal in the second match and became the top scored Asian player in the World Cup history. He was even listed as a player to score in all three World Cup Matches.

He was also the member of the team at the FIFA World Cup 2018. He took his retirement from the international football following Japan's exit from the tournament after facing a defeat from Belgium in the round of 16. 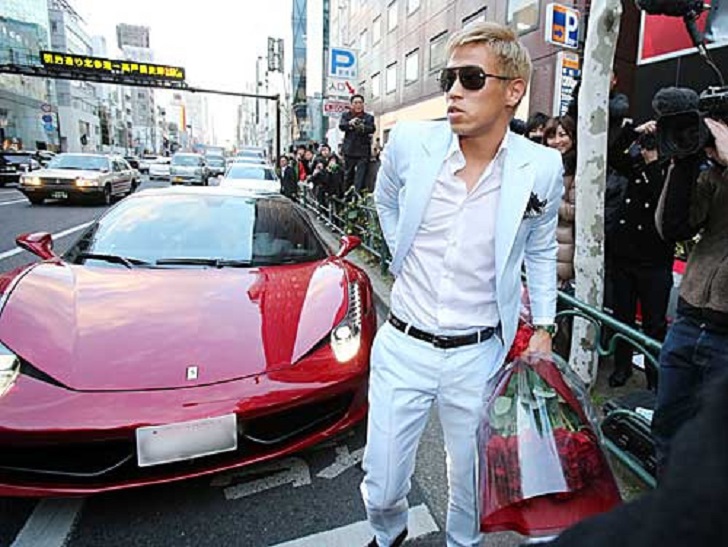 He owns an expensive red Ferrari which cost around $315k. He lives a high lifestyle. Well, Looking at his Instagram pictures, he wears very expensive dresses and goes to very high-cost hotels.

Honda belongs to a family where most of the members are involved in some kind of sports. His older brother, Hiroyuki Honda is also a footballer.  His uncle Daisaburo was a canoeist who represented Japan in the 1964 Tokyo Olympics. He also has a cousin who is well popular as an Olympic wrestler.

Honda has married Misako Honda who works as a kindergarten teacher. However, the couple has also blessed with a son. He stands 5 feet 11 inch tall in height ie 1.82m and weights around 74kgs.