Born in Salem, New Hampshire on May 24, 1975, she is graduated from Brown University in 1997 where she used to play softball and was awarded the Ivy League Softball Player of the Year in 1996.

Kaite has earned luxury through her hockey career and her estimated net worth is at around $1 million. She is currently serving as a coach for Boston University where earns an average salary of around $200,000 per year.

In 2012, he annual earnings was reported to be $100,000 while Shannon Miller of Minnesota-Duluth was the highest-earning female college coach with $180,000 as an annual salary. 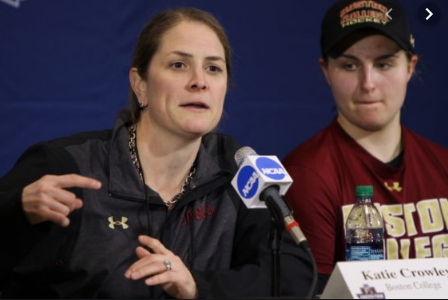 She also represented her nation in the Olympic games and used to earn between $35,000 to $40,000.  Furthermore, the player also used to earn an additional amount of money form the jersey sale and players are expected to receive 15% of the profit generated from the sale of jerseys.

Former hockey player Katie is a married woman. She is tied in a knot with Ted Crowley since the early 2000s. Katie and Tod are the parents of one adorable daughter and currently, they reside in the city of Boston. The couple is a long-time friend and both of them belong to the hockey world. 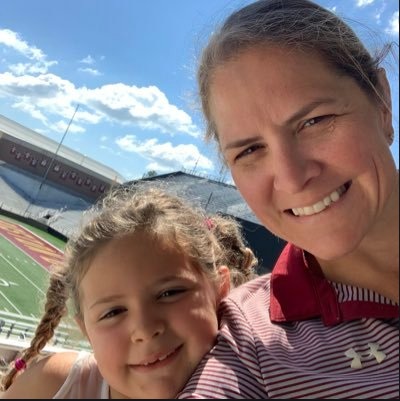 Katie's husband Tod Crowley is an American retired professional ice hockey player who was drafted in 1988 by the Toronto Maple Leafs in the 4th round, 69th overall. During those days, he was once signed as a free agent by the Colorado Avalanche in August 1998 where he played 7 games for the Avalanche.

Katie King-Crowley was inducted into the U.S. Hockey Hall of Fame with the former 1998 team in 2009. She was also included in the U.S. Olympic and Paralympic Hall of Fame recently in 2019. She was the part of the team who won the first-ever Olympic women’s hockey tournament that year in Nagano, Japan, by defeating archrival Canada 3-1 in the final.

Katie initiated her professional career from 1998 and won the Gold Medal in the 1998 Nagano Olympics.

She also played for the squad champion of the 2005 gold medal. She finished first among Americans at the conclusion of her Olympic career with 23 points in an Olympic ranking. Over the duration of its Olympic career, she won gold Nagano, silver Salt Lake City, and bronze Torino.