Furthermore, Niehoff is the very first female to head the national leadership organization for high school athletics and performing arts activities and the sixth full-time executive director of the NFHS, which celebrated its 100th year of service during the 2018-19 school year.

Karissa Niehoff Net Worth & Salary As Of 2020

As of 2020, Kariss Niehoff has an estimated net worth of $1 million. Her significant source of income is considered her service at CAS-CIAC. Her annual income is reported $200,000.

Dr. Karissa Niehoff has an estimated net worth of $1 mi SOURCE: Referee Magazine

Earlier, she served as a teacher, coach, athletic director, assistant principal and principal at the middle school and high school levels, earning a tremendous sum of money.

She owns a house in Indianapolis, Indiana.

Well, there is little to no information about Niehoff's personal life. She has is a quite confidential personal who has kept her every personal detail behind the camera. She might be married and have children but there is no confirmation.

Karissa Niehoff was born in the United States. She holds an American nationality and belongs to the white ethnic background. However, there is no information regarding her date of birth, parents, and siblings.

In 1989, Karissa started her career in Connecticut public education as a physical education instructor at Greenwich High School. In the succeeding years, she was a teacher, assistant principal, principal, coach, and athletic director at the middle school and high school levels. 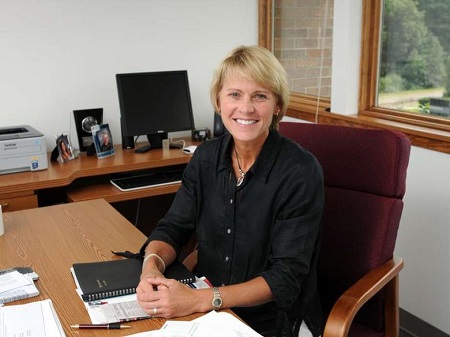 In 2000, she became an assistant principal of Har-Bur Middle School in Burlington and later four years joined Lewis Mills High School, as a principal, a post she held until joining the Connecticut association.

At the national level, Niehoff has served on the NFHS Board of Directors, NFHS Field Hockey Rules Committee, and NFHS Student Services Committee. Further, she also served a decade on the United States Field Hockey Association Board of Ethics as well as the field hockey program leader in 1996 at the International Youth Camp during the Olympic Games in Atlanta.

She was co-founder and dean of the “Passing The Torch” Academy For Youth Sport Leadership. Before joining the Connecticut association, she served on numerous CAS and CIAC boards and committees.