Kaleb Elarms-Orr is an American teen football player who played high school football for the Moreau Catholic High School. Reportedly, he committed to the University of California, Berkeley.

Hayward, California native, Kaleb holds an American nationality and belongs to the Afro-American ethnic background. His father is a track coach and his mother is obtaining her masters at Cal, where he lived near campus as an infant. As per his interviews, his parents are living separately.

How Much Is Kaleb Elarms-Orr Net Worth In 2020?

A matter of fact, college does not pay its athlete playing for the college team. However, the college athletes will be able to make money from endorsements as well as other ventures like sports camps and businesses. In some cases, the college provides scholarships too.

The main target of college footballers is the NFL. According to the source, the median salary for all NFL players is $860,000. Not a low pay, but still far below the $2 million that gets more publicity. For perspective, a starting one-year rookie has a minimum income of $435,000.

Kaleb is a college athlete who is yet to make big. As of 2020, his net worth is under review.

Relationship Status; Who is Kaleb's Girlfriend?

A 6-3, 222-pound Outside Linebacker, Kaleb Elarms-Orr is currently in a relationship with his girlfriend, Xiana. Though there is not much information about his girlfriend, one can visit his highlight section of IG where he has shared pictures with his bae. 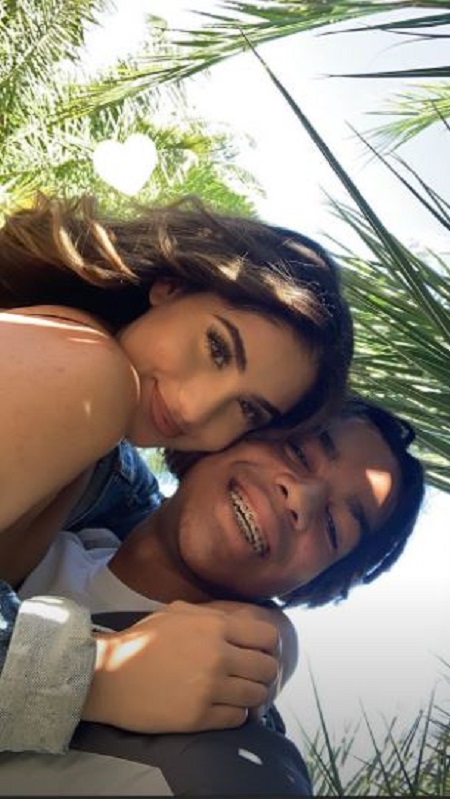 The duo looks really adorable together. Besides, there are records of his past love affairs.

Kaleb is a long athletic frame who has the ability to play inside or outside linebacker or grow into a hybrid edge rusher. Agility to drop into coverage and cover in space he can turn direction and moves well laterally. Shows upfield burst at the line of scrimmage and can get into the backfield.

Uses power to get past blockers, the young athlete needs to continue to grow an arsenal of moves as a true pass rusher. He is projected as a multi-year Power 5 starter and third day NFL Draft Pick.