Kaillie Humphries is a professional bobsledder from America who competes in various bobsledding competitions including the Olympics and World Championships. Before representing team USA, she used to represent Canada and has won multiple awards with them. She is a 2 times gold medalist in World Championships having it won in 2012 and 2013.

The Canadian-American female bobsledder is also a 2 times champion of the Olympic gold medal for Canada. She won it in 2010 in Vancouver and in 2014 in Sochi. Last time in 2018 also, she won the bronze medal at Pyeongchang.

After she started representing the United States in 2019, she has already won 3 World Championships gold medals. In 2021, she won two medals in Altenberg in Two-Women and Monobob. The year before also, she became the champion of Two-Women in Bobsledding.

Who is K Humphries? Her bio and family

Kaillie Simundson, mostly known by her name Kaillie Humphries, was born on September 4, 1985, in Calgary, Alberta, Canada. According to astrologers, her birth sign or zodiac sign is Virgo. 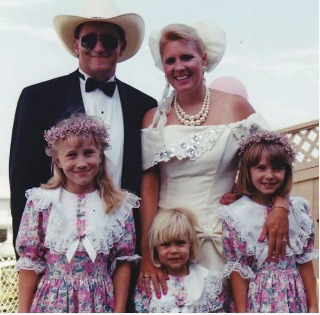 Kaillie Humphries with her parents and sisters SOURCE: [email protected]

She was born to his Canadian parents, father Ray Simundson and mother Cheryl Simundson. Ray and Cheryl are the proud parents of their daughter Kaillie and have been supporting her in her career.

According to her dad Ray, Kaillie said that she will win Olympic gold medal in the future. As per sources, Ray said,

"Mark was a client of mine and after the Olympics, we invited him over for the dinner, just to celebrate and he brought his medal". He added,

"Kaillie grabbed it and when we sat down for dinner, she stood up on the chair and said that she was going to win a gold medal at an Olympic Games."

She frequently shares her pictures with her parents on Instagram.

She was born and raised in Canada along with her two sisters, Jordan Simundson,  and Shelby Simundson. Her sister Jordan was born on Father's day. The Humphries siblings are very supportive to each other as she said on her Instagram,

"As sisters (2 of 3) we compliment each other making us more whole. We have different goals and dreams, making it easy to support one another. always having a built in friend no matter what life throws at us."

How tall is Kaillie? Her height and weight 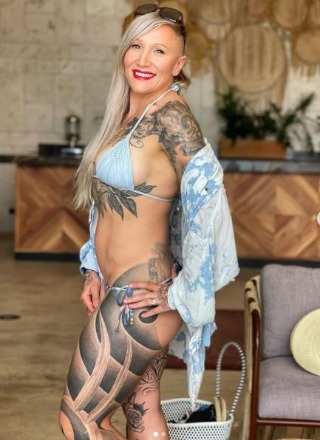 She has long white hair colored with other different colors in a different portion of the hair. Her hands and body are full of tattoos.

Kaillie's Net Worth and Earnings || Her sponsors and deals

Kaillie Humphries is one of the top female bobsledders in the world and has made her a different identity in the bobsledding world. Till now, she has won various major tournaments including the Olympics and World Championships.

With titles, she has been very successful in making huge money. Say it from prizes money or from sponsors, her estimated net worth is about $12 million.

Her main source of income is from her profession of bobsledding and sponsorships deals. 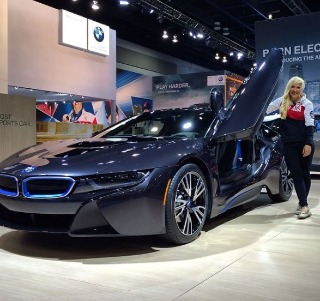 At present, she obviously is living a lavish life with her money earned by hard work.

As she has won various tournaments, she has been able to earn more than $200,000 as prize money.

She has earned 2 gold medals in the Olympics in the early 10s. It is not sure how much she earned as prize money back in the days. But if she wins it in the future for America, she will be getting $37,500 for gold medals.

According to Forbes, the highest bonus to the Olympic gold medalist is in Singapore as it will pay 1 million Singapore dollars which is equal to $738,000 in USD. Similarly, Silver and bronze medalists will earn $500,000 and $250,000 each.

The American bobsledder is sponsored by various brands, like Optimum EFX and Hemp Fusion.

One of her major sponsors is Optimum EFX, which is a vitamins or supplements manufacturer. It aims to provide top-quality and clean supplements for boosting one's performance. 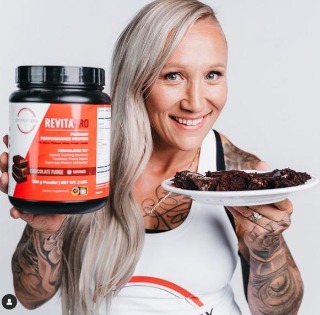 The 2010 bobsledding Olympic gold medalist frequently promotes the company on her Instagram. She is also involved with various campaigns run by the company. She has also her own code BobSled15 which provides 15% discounts on all the products.

She has been partnered with the brand for more than 7 years. She began promoting them in early 2014 and is still continuing to do so. Recently on May 2021, she posted a photo where she wrote,

"@optimumefx is who I trust to deliver the highest quality and keep me going strong, not just in sport but with a healthy lifestyle too. They are informed sport certified safe, "

Her other sponsor is a Hempfusion which is a health and beauty product manufacturer.

She announced her partnership with HempFusion through her Instagram where she wrote,

"Experience @hempfusion CBD in a delicious gummy that is hands down the best."

On March 25, 2014, she posted a photo of her posing in front of a BMW I8 model of dark blue color. She described it as the sexiest car she has ever seen.

She grew up in Canada but currently resides in the USA. It is not sure where her house is but she lives with her husband.

K Humphries's husband || Who is she married to?

As per the sources, the Canadian-American bobsledder Kaillie Humphries is living a happily married life with her husband Travis Armbruster. The couple has been together for more than 3 years as of 2022. The couple dated for a few years before tieing their knot in September of 2019. They got married in California in the presence of their close friends and relatives. The pair frequently shares about each other on their Instagram wishing each other on different occasions.

She even describes Travus as the World's best husband. On Valentine of 2021, she posted a long post dedicated to her husband. She wrote,

"You are the love of my life. You always have my back and put a smile on my face. I love you, always & forever"

That clearly shows how much she loves her love. And Kaillie never shies to wish her husband on different occasions.

Who is Kaillie's husband Travis?

Travis Armbruster, also known as Travis The Trainer was born on June 1, 1984, in the United States.

Travis is a former American bobsledder and is also famous for becoming the husband of Kaillie. He has represented America in the 2010 North American Cup 2 times. 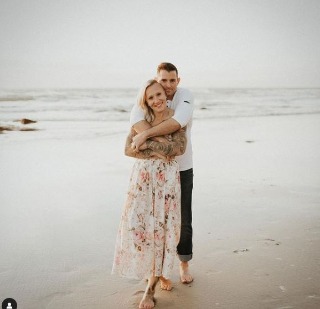 Travis the Trainer is active on social media. His Insta id is @travis_the_trainer_ and has more than 1,000 followers.

Is Kaillie Humphries a Canadian or an American?

According to sources, Kaillie holds dual citizenship in both Canada and America.

Canada is her birthplace while America is what she is representing recently. She has been citizenship of the United States since 2019.

Why did Kaillie Humphries leave Canada?

The 2014 bobsledding Olympic gold medalist, Kaillie was born and raised in Canada and has represented her home country in different international tournaments. But since 2019, she started representing the United States and has already won 3 gold medals for them.

But the question is why did the Canadian bobsledder Kaillie Humphries decide to leave Canada and represent America?

According to the sources, the main reason for Kaillie leaving Canada nation was because of alleged sexual harassment by Canada's authorities. 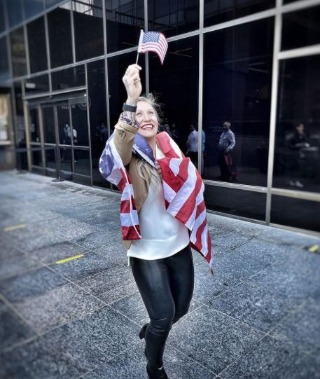 She even filed a complaint against head coach Todd Hays, president Sarah Storey and director Chris Le Bihan. in August of 2018.

Despite her allegations, Canada's bobsleigh federation disapproved of it. They said there was not enough evidence to support the allegation. So, Humphries decided to play for Canada.

"I tried to speak up," but received little or no support." She added, "My sporting career was over in Canada. I knew that it was no longer safe for me to continue in that environment."

Her Insta id is Instag[email protected]kailliehumphries where she has more than 24,000 followers. She mostly posts about her profession and achievements on her Ig. Besides, she also posts her private time and time with friends and families.