Kailer Yamamoto is a professional ice hockey player from America who currently plays in the National Hockey League(NHL). He wears the Number 56 Jersey and plays in the right-wing position for Edmonton Oilers. Oilers selected him in the first round and 22 overall in the 2017 NHL Entry Draft.

Besides, he has also represented the United States in international competitions. In 2014, he played in U17 Championships, where he helped his team win the second position. Similarly, he scored 13 points in 7 games at the IIHF U18 World Championship helping the team to win the bronze medal in 2016. In 2017, he was also included in the West Second All-Star Team. That season he scored 42 goals and 57 assists and was ranked 6th overall.

Kailer Yamamoto was born on September 29, 1998, in Spokane, Washington, US. According to the astrologers, his zodiac sign is Libra and currently resides in his birth town Spokane. 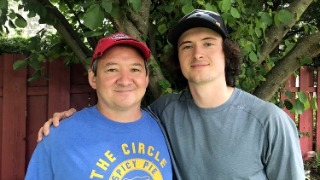 Yamamoto family is originally from Japan who migrated from Japan to the US. Saichi Yamamoto who is his paternal great grandfather migrated to Hawaii and married Japanese American wife Monoyo. Since then they have been living in America.

Read about:- Who is Darby? His Bio and early career

Oilers Number 56 Yamamoto has an estimated net worth of $1 million. He is living a moderate lifestyle with his family in Spokane.

According to Sportrac, his contract with Oilers is worth $1 million. Previously, he was signed with Oilers that was worth $3.4 million for 3 years. He got the signing bonus of $277,000 while earning $1.1 million per year.

And recently in 2021-22, he renewed his contract with them that will allow him to earn $1.1 million until the end of the season.

Who is Kailer dating? His relationship status and dating life

As per the sources, Kailer Yamamoto is currently dating his girlfriend Bailey Williams. The pair has been together for more than 4 years. Although there is nos source mentioning when and where they met, but Kailer posted a one-year anniversary with his girlfriend in 2017. So it must be that they are dating since 2016. Additional information regarding his girlfriend can't be found as the Oilers right-winger has kept his Instagram private. We will soon update his dating life and current status with his girlfriend Bailey soon.

Read about:- Is Cade McNamara dating? (Girlfriend and Affair)

The US hockey's right winger was trained to skate by Tyler Johnson's mother. OSon in 2011, he played in the Quebec Pee-Wee Hockey Tournament before playing got the Los Angeles r. of the Elite Hockey League. Later, in 2013, he was selected by Spokane Chiefs in the fifth round and 105 in overall. 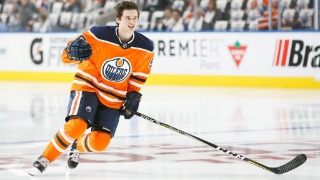 After playing in the minor league for 1 year, he got drafted in the 2017 NHL Entry Draft. He made his debut on the 4th of October 2017 against Calgary Flames.