Kaheem Parris is a well-known football player who plays as a right winger for Dynamo Kyiv. He joined the club on September 2, 2022, and since then, Parris has been with them, but in the past, he was a part of other squads too. Apart from playing as a right winger, Parris also plays in the position of Left Winger and Right Midfield.

Furthermore, Parris signed a four-year deal with Ukrainian Premier League side Dynamo Kyiv, and the contract with the team expires on June 30, 2026. Not to mention, Parris stands at an impressive height of 6 feet 0 inches (1.84 m), and he wears jersey number 9. Apart from playing for the club, Parris has also represented the national team of Jamaica, and his debut for the senior squad came in August 2017.

How Rich Is Parris Now? Salary & Net Worth

The professional football player has been playing football for a long time, and he has already been a part of various teams. Currently, Parris is playing for Ukrainian Premier League side Dynamo Kyiv, and it is reported that his transfer fee was over €1 million. 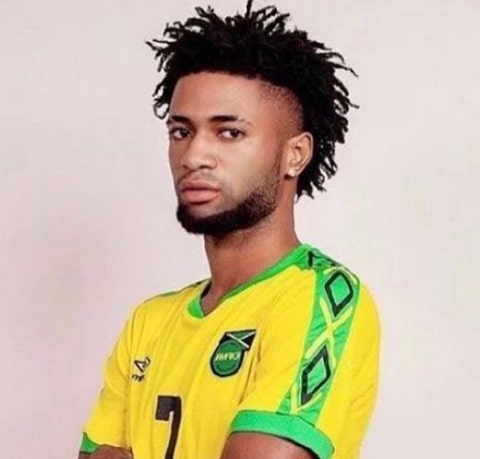 So, it is believed that Parris may earn in the same range. According to Transfermrkt, Parris' current market value is €800Th. As said earlier, Parris has also played for other teams. When he left NK Krka and joined FC Koper, his market value was €250Th.

Apart from making money from being a professional footballer, Parris may also take home some profit from endorsement and sponsorships.

Coming into his love life, Parris is of a private nature and has kept his dating life far from the public domain. So, we are unknown whether Parris is dating someone or leading a single life. In the same way, Parris has not made a single post about his love affair on his Instagram handle.

As Parris has kept his information away from media prominence, people believe that he is single and is focused entirely on his professional career. For your information, Parris has pretty less activeness on social media, making it more challenging to know about his girlfriend or partner.

Despite that, the topic of his love life has been a matter of concern to many of his fans and followers. Due to this reason, Parris may give some hints about it in the future.

Take A Look at His Club & International Career

The young Jamaican footballer began his professional football career by playing with the team of Cavalier. Parris made his National Premier League debut for Cavalier in the year 2017. Parris made headlines on the internet when he scored three goals in three consecutive games in January 2018.

Playing for the Cavalier team, Parris made 39 appearances and scored eight goals for the squad. In September 2019, he was loaned to the Slovenian top division side NK Domzale. But Parris just made one game appearance for NK Domzale and left them to join Slovenian second division club NK Krka on loan instead. Furthermore, Parris signed a new season-long loan deal with Krka in July 2020. Not to mention, Parris was the top goalscorer of the Slovenian second division with 16 goals in the respective season. Later, Parris received a chance to play for another team, and in July 2021, he signed a two-year deal with Slovenian top division team FC Koper.

Since September 2, 2022, Parris has been playing with Ukrainian Premier League side Dynamo Kyiv. Apart from that, he is also a national player who made his debut for the Jamaica under-17 team in 2016 in the CFC qualifying tournament. Not only that, but he also played in the 2017 CONCACAF U17 final rounds.

Likewise, Parris also was part of the Jamaica under-20 team that participated in the 2018 CONCACAF U-20 Championship. In August 2017, Parris made his debut for the senior team. Besides, Parris also played for the under-23 squad at the 2019 Pan American Games.

Kaheem Anthony Parris was born in 2000. Parris celebrates his birthday on January 6 every year. Besides, Parris is a native of Kingston, Jamaica. So, he holds Jamaican nationality and belongs to African ethnic background.

As we know, Parris is a private guy who maintains a distance from the media and keeps the information secret. So, his parents' and siblings' details remain unknown at the moment. Talking about his physical build, Parris is a tall guy who has great stamina.

So, Parris stands at an impressive height of 6 feet 0 inches which is 1.84 m.

Some facts About Kaheem Parris