He started professionally participating in MMA on December 7, 2013, and so far has appeared in 16 events with total 11 wins and 5 losses. Participating formerly in Flyweight division, he is currently participating in the bantamweight and is in contract with UFC since August 2013.  The UFC  fighter is no stranger to Kenpo, Karate, Kickboxing, Wrestling, and BJJ.

Information about his family life isn't revealed by the fighter and any strong details regarding his educational background are yet to be addressed.

In his UFC players profile, Scoggins addressed how he got interested in MMA as:

"I started martial arts at three years old. I transitioned into MMA training at 16 and had my first MMA fight at 18."

He holds American nationality and currently in contract with UFC. As per his ethnic backgrounds, he is a white American MMA fighter from South Carolina.

Justin Scoggins is one of the most liked MMA fighters with a record of 11 wins and 5 losses which is a very good fight record. So, let's take at his Professional MMA Career in details.

Scoggins first appeared in  Conflict MMA - Fight Night 4 and fought his first pro-match against Timm Kitts on 25-Feb-12 and made a great career start with head kick knock out a victory over Timm in the first round.

In his second bout, he appeared in the Quest for Glory Championship 1 against Timothy Wade. He won the match held on 24-Mar-12 via unanimous decision victory in round 3. Additionally, on 12-May-12, he fought against Casey Large at EC/Conflict MMA - Extreme Challenge 211 and won the match via Submission (armbar) in round 1.

Scoggins made his UFC debut in UFC Fight Night: Hunt vs. Bigfoot, against Richie Vaculik and won his first match held on 7-Dec-13 via TKO (punches) in the first round.

On 15-Mar-14, he fought against Will Campuzano at UFC 171 and won the match with a unanimous Decision in the third round. 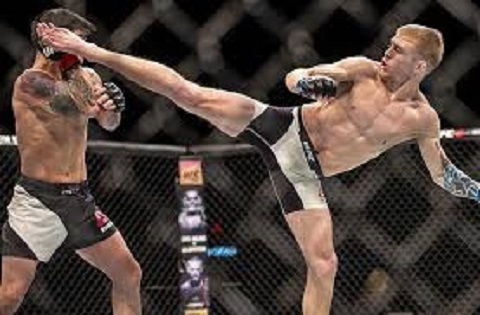 Inducted in the famous fight reality show: The Ultimate Fighter: Team Edgar vs. Team Penn, he fought the Finale fought against Dustin Ortiz and lost to Ortiz on 6-Jul-14 via a splits Decision in a close match after three rounds of action. On 5-Sep-14, he fought against John Moraga at UFC Fight Night: Jacare vs. Mousasi and lost the match via Submission (guillotine choke) in round 2.

Recently on 14-Jul-18, Justin at UFC Fight Night: Dos Santos vs. Ivanov, fought against Said Nurmagomedov and lost in a Split Decision.

Talking about Justin Scoggins' net worth, his total earnings from his MMA career is reportedly around $197,000. His last fight against Said Nurmagomedov on July 14, 2018, earned Justin a reported amount of $120 thousand.

As per many tabloids, Justin Soggin's current net worth is reportedly around $322,000 and so far his main source of income remains his fighting career. He is a resident of Spartanburg, South Carolina, United States and has a lovely home there. 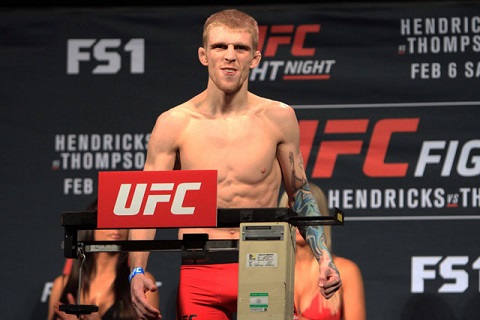 He considers Triangle choke as his favorite grappling technique and he is also well known for his vicious Jab. He has an average height of 5 feet 7 inches and weighs around 61 kgs. Further, he is an undefeated professional fighter and South Carolina Warfare MMA 125lb champion.