Justin Jefferson is an American professional football wide receiver for the Minnesota Vikings of the National Football League (NFL). The Minnesota Vikings drafted Jefferson with a $13.12 million contract with Vikings with a $7.1 million bonus in the first round of the 2020 NFL Draft, and has set an NFL rookie record for receiving yards and was named to the Pro Bowl.

The Minnesota Viking's wide receiver was born on the 16th June 1999 in the beautiful town of St. Rose, Louisiana, where he grew up with his parents John and Elaine Jefferson. Jefferson grew up with his brothers Jordan and Rickey playing baseball in the house's backyard.

Jefferson spent his childhood with his two brothers Jordan and Rickey, playing baseball and training. The Minnesota Viking's wide receiver attended Destrehan High School with his brother, where he trained himself in American football.

Later Jefferson played for Louisiana State University in the National Championships against Clemson, where he had nine receptions and was later announced for his NFL Draft, where the Minnesota Vikings selected him in the first round. 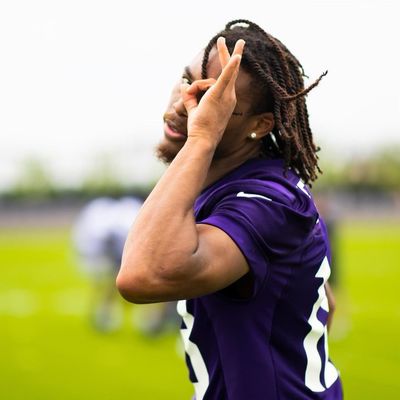 Jefferson signed a $13.12 million contract with Vikings with a $7.1 million bonus and debuted against the Green Bay Packers. Minnesota Viking's wide receiver had an NFL record for the most receiving yards by the end of the season.

Jefferson was named in the 2021 Pro Bowl rookies alongside Chase Young and was later named the rookie by the Sporting News.

The Minnesota Viking's wide receiver has been a popular and successful footballer. After taking guidance from his father, who has played Division II college baseball, Jefferson grew up to be a fine football player. We can expect Jefferson has collected some good fortunes to date. 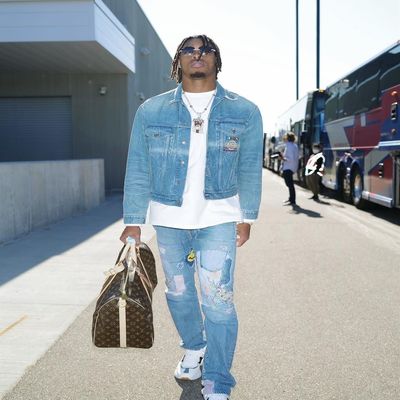 Jefferson lives a  luxurious life and is enjoying his life, and his net worth has been increasing rapidly in these years. He has a long way to go and long journeys to come. We can expect a huge rise in his net worth in the coming years. Jefferson's net worth is estimated to be approximately $5-$10 million.

Who is Justin Jefferson Dating?

Aside from his professional career, Jefferson has been dating IG model Tianna Harris. The love story between them has been a mystery. The couple has been seen together frequently, but Jefferson never posts about his relationships.

Talking about Jefferson's previous relationship, it has been a mystery as Viking's WR Jefferson was caught Sliding into CeeDee Lamb's girlfriend Crimson Rose DM's, where Rose claimed that her account had been hacked.

Jefferson is active on social media with several posts. His Instagram goes by jjettas2, followed by 808K followers, where he posts frequently posts about his professional and private life.