Dominican Republic-born football player Junior Firpo plays for Leeds United in the Premier League and has represented the Dominican Republic and Spain U21 national teams. Firpo began playing football at a very young age and joined Atletico Benamial's youth team in 2011 when he was just 14 years old.

Firpo is a footballer who plays as a center-back or a left-back for Leeds United. Since 2021, he has been playing for the team Leeds United and has appeared 24 times till now. Before that, he was associated with multiple clubs, including Real Betis, Barcelona, Real Betis B and Tiro Pichon. Junior Firpo won a Copa del Rey or Spanish Super Cup with Barcelona in the 2020/21 season. He also won a European Under-21 Championship in 2019 with the Spain U-21 team.

Firpo's Salary and Net Worth Explored

Firpo makes a good profit from being a professional footballer. He plays for Leeds United, and Leeds does not disclose his salary details. When Firpo was in Spanish Club Barcelona, he used to earn € 28,000 a week which equals €1,344,000 a year. He was also one of the highest-paid players in the Barcelona squad. According to the sources, he earns a little bit less money in Leeds than in Barca.

Firpo actively played football, and that engagement led to all of these benefits. He has previously acted as a representative for groups from whom Firpo would have earned a substantial payment. In 2021, he joined Leeds United. Firpo's enormous wealth undoubtedly allows him to live a luxurious lifestyle. In addition, Firpo makes a decent return from its sponsorship and endorsement deals. Junior Firpo's current market worth on the transfer market is £12.00M. His market worth peaked in 2019 while playing for the Spanish club Barcelona when it was £25.00M.

According to Firpo's Instagram bio, he collaborates with various companies. He also sells his goods on a website, which is another thing. As a consequence, Firpo's income is rather impressive, and it can be seen that his earnings are increasing daily as a result of his passion and hard work.

Is Junior Firpo a Married Athlete?

Yes, Leeds United defender is a married man. Firpo tied the knot with model Julia Torralbo.  Firpo and his wife dated for a very long time before getting married and routinely posted images on social media.

Speaking of Julia, she is a graduate and a model; She uses Instagram as @julia_t28, where we may follow her. Along with being lovely together, Lopez and Firpo have engaged in several activities that have drawn admiration from many individuals. 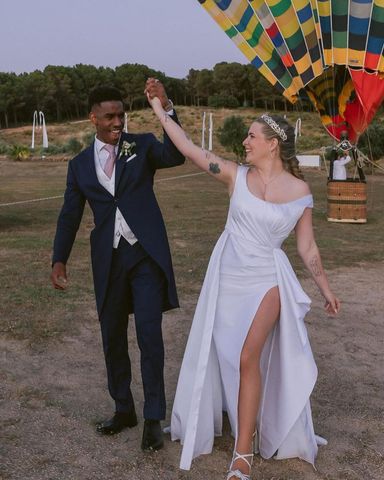 Junior and Julia have one child together as well. After one year of marriage, the couple had a daughter as their first child. They believed they were capable of the tremendous undertaking even though they were still relatively young at the time, and based on how they are adjusting to motherhood, we feel they were successful in their goal. Therefore, as of 2022, Junior is married and a parent.

Junior, a Puerto Malagueno native-born in Santo Domingo and relocated to Benalmadena, Malaga, Andalusia at six, joined Real Betis' junior program in June 2014. On February 15, 2015, he started his senior debut for the reserves in a Segunda Division B home tie against Granada B, ending with a 1-1. Junior was unquestionably promoted to the B-side before the 2015–16 campaign, and he routinely played during the campaign, which resulted in relegation. 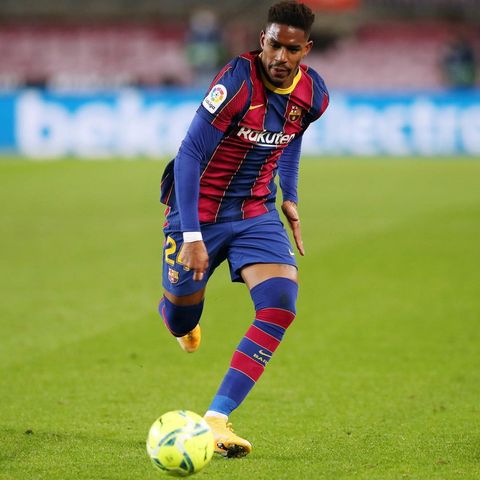 Firpo when he was in Barcelona SOURCE: [email protected]

He netted his first goal as a senior on April 17, 2016, tallying the third in a 4-0 victory over Algeciras on the road. After completing the whole preseason with the starting lineup, Junior's contract was extended until 2021 on August 1. The following February 12 saw him make his first-team and La Liga debuts, starting in a 1-0 away win over Deportivo La Coruna and becoming the first player ever to be born in the Dominican Republic to play in La Liga.

On March 17, 2018, Junior scored his first goal as a professional, giving his team a 3-0 victory over Espanyol at home. After being elevated to the starting lineup on August 19, he consented to a contract extension through 2023. Junior agreed to a five-year contract with Barcelona on August 4 for €18 million-plus €12 million in add-ons. Three weeks later, in a 5-2 victory over his old team, Betis, at home, he made his debut, taking Rafinha's place for the final nine minutes. 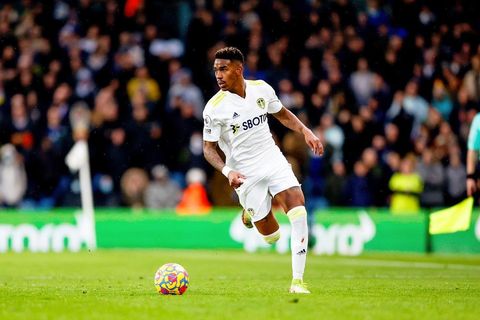 Junior scored both of Barcelona's goals in a 2-0 victory over Getafe on September 28. He made his UEFA Champions League debut on November 27 against Borussia Dortmund in a 3-1 group stage win. At home, Firpo scored his second (and final) goal for Barca in a 5-1 victory over Alaves on February 13, 2021. Firpo committed to a four-year contract with Leeds United on July 6, 2021, for €15 million-plus add-ons, with Barcelona retaining the right to 20% of his future sales.

After Ezgjan Alioski's contract expired, he was anticipated to take over the left defender position. He made his professional debut in that position on August 14 during the second half of the club's season opener at Old Trafford, where he replaced Rodrigo as a tactical substitution in a 5-1 defeat.

Junior was selected to play for Spain's under-21 squad on August 31, 2018, for two UEFA European Under-21 Championship qualifying games against Albania and Northern Ireland. He started in a 3-0 victory over the former on September 7 to mark his debut.

Hector Junior Firpo Adames, better known as Junior Firpo, was born on August 22, 1996, and is 25 years old as of 2022. He is a native of the Dominican Republic, raised by his parents; Junior's star sign is Pisces. A professional defender named Junior Firpo likes utilizing social media a lot. He likes posting daily updates about his life on social media. Firpo prefers Instagram over other social networks. Firpo's Instagram account username is @juniorfirpo3, and it has a blue checkmark indicating that it is verified.