Juneve Lamont is the wife of a well-known professional footballer from Northern Ireland, Stuart Dallas. Her husband plays football as a midfielder or defender for Premier League club Leeds United and the Northern Ireland national team. Dallas and Lamont were in love when they were teens and now they are married and starting their own family too.

Lamont is a celebrity spouse who shares three kids together with her loving husband. Lamont is a supportive partner as she has been with Dallas for a long time and has also appeared in numerous games of Dallas to cheer him up. So, their bonding is also admired by many of their fans and well-wishers.

Juneve Lamont is also a citizen of Northern Ireland. Details about her early life and birthdate remain unknown as she has not given any hint about her personal information openly in the media. Lamont just rose to fame after being linked with Northern Ireland football star Stuart Dallas. 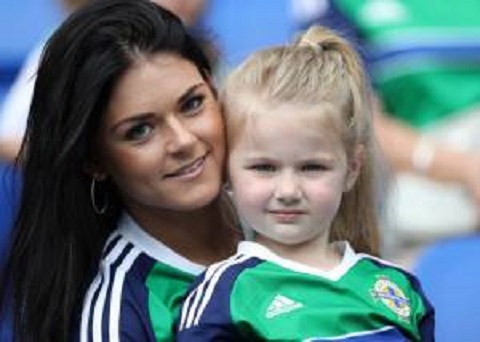 Stuart Dallas was born on April 19, 1991, in Cookstown, United Kingdom. He is also known as the younger brother of fellow footballer Marcus Dallas. Marcus played for Loughgall.

Wedding Details Of Dallas and Lamont

The romantic birds, Dallas and Lamont, have been together for many years. As we all know, they are high school sweethearts as both of them attended the same high school named Cookstown High School. So, during they began dating each other after knowing each other for some time.

When they started dating, they were pretty young, and a report has claimed that Dallas was just 16 years old at that time. After being in a relationship for many years, the pair thought of turning their bond to another level and got engaged in 2013. 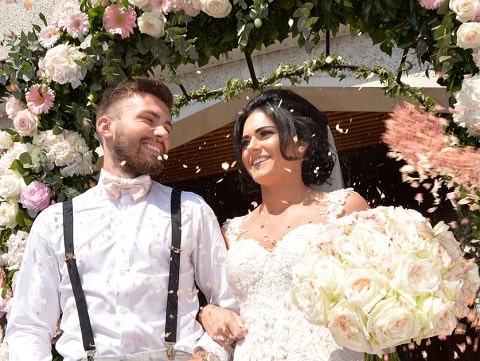 After bieng engaged for three years, the duo finally exchanged their wedding vows in June 2016. Their wedding ceremony was organized at the Independent Methodist Church in Dallas' hometown of Cookstown, Co Tyrone.

Moreover, Lamont was dressed in a stunning ivory backless gown. After the ceremony, they went in a vintage-style car to the plush Castle Leslie Estate in Co Monaghan.

How Many Kids Do They Have?

Being married for over five years, Dallas and his wife, Lamont, have already begun their own family. Reportedly, the pair is blessed with three kids named Pixie, Xavie, and Rexie.

Meanwhile, they grabbed people's attention when they announced the birth of their third child in 2018. Both of them had also shared snaps of the moments on their social media accounts. 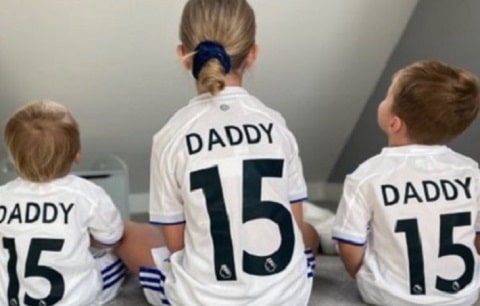 Furthermore, the happy family of five lives privately in Leeds, England. And the professional footballer sometimes makes posts with his wife and kids on his Instagram account.

Lamont may have been engaged in some sort of profession, but she has not opened up about it yet. Like many other celebrity wives, Lamont also prefers keeping herself away from media prominence. Due to her private nature, we can't talk much about her professional life.

Apart from that, Lamont is surely a loving and caring wife or housewife. No doubt, she takes good care of her husband and kids. So, she may be busy with her life. Meanwhile, we can get some updates on her life by following her on Twitter, where she is available as @juneve1.

Income Sources and Net Worth Examined

If Lamont is engaged in some job, then she surely makes a good sum of money. As said earlier, none of the media outlets have given the details, so we are also unaware of her earnings.

On the other hand, she surely enjoys a quality life as her husband makes a huge amount of money from being a professional football player. According to Spotrac, Dallas has an annual salary of £416,000. So, his bank balance might be pretty impressive. Currently, he plays for Leeds United, and in this team, he came in August 2015, signing an amazing contract worth roughly around £1.3 million. Before that, Dallas also played for teams like Northampton Town, Brentford, Crusaders, and Coagh United. So, by playing for all these clubs, Dallas might have made an amazing fortune.

Dallas is a native of Cookstown who went to Cookstown Primary School. And he also attended Cookstown High School. From high school, he was pretty interested in playing football, and during that time, he also won U14 and U15 Coleraine and District League titles in 2004 & 2005.

His career began professionally when Dallas signed a contract with Brentford on April 12, 2012. For the team Brentford, he made 63 appearances scoring eight goals. And in August 2015, he came to Leeds United and made his debut for the team in the Football League Championship, playing against Burnley. 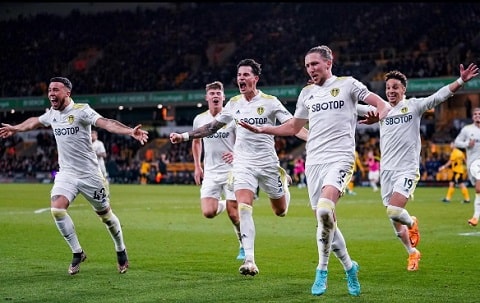 And on December 17, 2015, Dallas scored his first goal for Leeds United appearing in a game against Wolverhampton Wanderers. Likewise, his Premier League debut came on September 12, 2020, versus Liverpool.

In the same way, Dallas' international debut match was against Wales, which was held in Dubin. He has been a part of numerous national and international matches and has also scored four goals for the national team at the time of this writing.

You may also like to explore Hans Vanaken's wife Lauren Flemings age, bio, career and more.