Julie O'Toole King, well recognized as Julie King, is an American soccer player who most last played for the Orlando Pride. Also, she played for Boston Breakers, North Carolina Courage, and Orlando Pride. She finished her collegiate career at Auburn University.

St. Louis, Missouri native Julie King was born on 21st October 1989, under Libra's star sign. The thirty-one years old, she holds an American nationality and is of white ethnic background.

Besides, King earns a decent sum of money through his endorsement. As of 2020, her net worth is approximately $1 million.

In 2012, King signed on to play with the Boston Breakers in the Women's Premier Soccer League Elite (WPSL Elite). There she played 14 times for the Breakers, starting nine times. Before the inaugural 2013 National Women's Soccer League season, she re-signed with the Boston Breakers as a discovery player in March 2013. That season, he started all 21 games she appeared in and logged 1,862 minutes. The following year, she started all 17 games.

On 30th January 2018, she was picked by the North Carolina Courage as the number 9 draft pick in the Breakers Dispersal. On 18th July 2019, she was released by Courage without appearing for the team due to ankle operations. 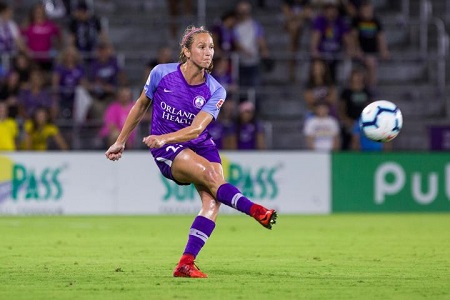 On 8th August 2019, King inked to the Orlando Pride. Two days later, she made her debut at home to Houston Dash. At the end of the 2020 season, she was waived and made available on the re-entry wire but was not picked up.

Julie King was born to Kevin and Julie. She was raised alongside her siblings: RJ King, model and former The Amazing Race 21 contestant Caitlin King, and Meghan King Edmonds, a reality TV personality. King's older sister Caitlin played soccer with her at Auburn for two seasons. Meghan is married to former center fielder Jim Edmonds and their twin sons.

King enrolled at the Nerinx Hall High School, where she played soccer for the school team. She enrolled at Auburn University, where she majored in interdisciplinary studies upon graduation. Following her four years of soccer with the Auburn Tigers, King also played a single basketball season with the school.

Julie King has always maintained her love life lowkey. To date, there is no infromation regarding her relationship or boyfriend. 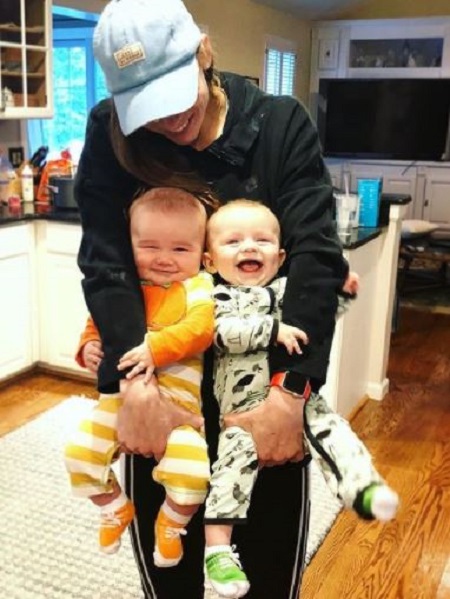 King is active on Instagram with over 7,880 followers, where she often posts pictures with her nice: twin boys of her sister Meghan King Edmonds.