Julie Allmand is a Belgian basketball player who is currently signed to the Indiana Fever of the Women's National Basketball Association (WNBA), having picked by the team in 2016. Earlier, he played for Lyon ASVEL Feminin and is a member of the Belgian national team.

How Much Is Julie Allemand's Net Worth In 2021?

Not to mention, she spent her early career playing in the Europen Basketball league. According to the source, numerous countries in Europe offer on average anywhere between $60k to 500k per season to a player to play in the highest level league.

Besides, she is sponsored by Adidas. As of 2021, her net worth is approximately $0.2 million.

Julie Allemand has maintained her love life as secret as possible. There is no information regarding her boyfriend or relationships in the media. The basketball player is possibly single. 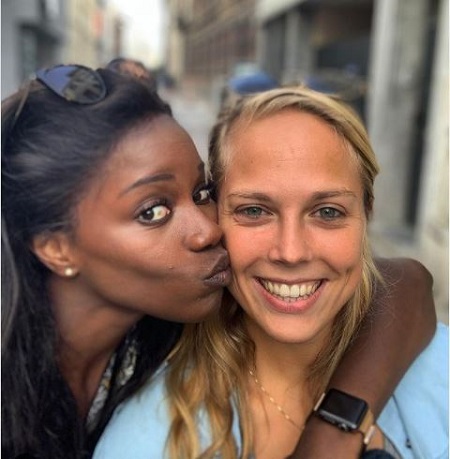 Active on Instagram with 19.3k followers, she posts pictures from her profession to family to friends to vacations on the page. Most notable, she shares pictures with her friend, Jo Gomis, who is also a basketball player at the ESBVALM club.

Turned professional in 2014, Julie Allemand joined BC Castors Braine. There she played until 2017 and then she played for ASVEL Feminine. Though she was drafted by the Indiana fever in 2016, she officially started playing for the team in 2020. In her WNBA debut year, she was named to the 2020 AP All-Rookie team.

At the international level, she has represented the Belgian national team and participated in the 2018 FIBA Women's Basketball World Cup.