Josh Gordon is an American professional football player who plays in the National Football League (NFL). As of 2018, Josh Gordon currently plays for the New England Patriots as their wide receiver. Josh Gordon has also played for several other teams in the past.

As a wide receiver, Josh Gordon reportedly earns around $697,058 as his yearly salary from the New England Patriots. Further, Josh Gordon has an estimated net worth of over $2 million.

Kept aside Gordon's financial earnings, his personal assets include a luxurious home and a superior car.

An American born professional football player, Joshua Caleb Gordon is unmarried to date. Earlier, Gordon was romantically involved with a girl named, Christina Lockhart. They together are parents of a lovely daughter, Emma. 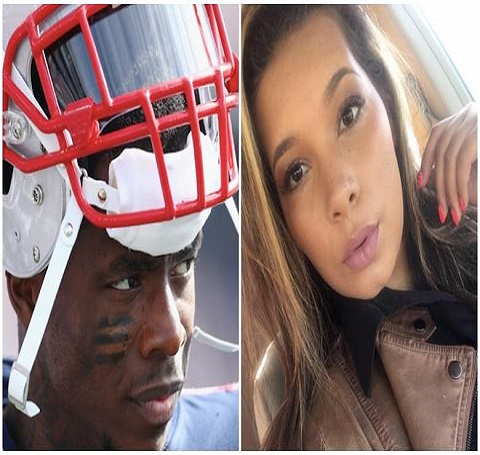 Reportedly, their relationship didn't last for too long. After the separation, their daughter is living with Christina and Gordon is financially supporting his child. The couple was already separated during the birth of their child.

Initially, Josh denied accepting Emma as his daughter but later admitted after a mandated paternity test. He was asked to pay $6,765 per month for child support. 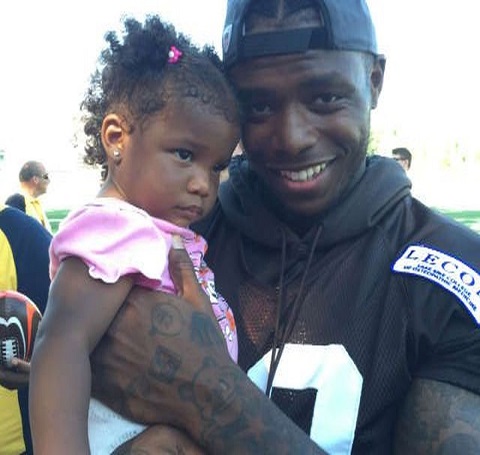 Currently, Josh Gordon is unmarried and even if he is dating, there are no details that relate him to any girls in an affair.

His firmer girlfriend Christina is a nursing student and currently works in Independence, Ohio

Joshua Caleb Gordon was born on April 13, 1991, in Houston, Texas to father Herald Gordon and mother Elaine Gordon. As per his nationality, he is American and belongs to the African-American ethnic group. Further, his star sign is Aries.

Gordon attended Lamar high school in Houston where he played basketball as a sophomore. While in football, he caught 20 passes for 363 yards and four touchdowns as a junior and was named first-team All-District 20-5A after totaling 25 receptions for 531 yards and nine touchdowns.

After completing high school, Gordon enrolled at Baylor University by accepting an athletic scholarship. In August 2011, Gordon transferred to the University of Utah after being suspended by Head coach Art Briles for failing the drug test and testing positive for marijuana.

Josh Gordon signed a four-year contract worth $5.3 million on July 16, 2012, after being selected by Cleveland Browns in the second round of the 2012 supplemental draft.

After the suspension for the first two games of 2013 season due to violating the NFL's substance-abuse policy, in week 12, Gordon had 237 receiving yards, and 261 the following week. It was the first time in NFL history that a wide receiver had back-to-back games with at least 200 receiving yards which named him the Cleveland chapter PFWA Player of the Year following the season.

In the 2015 season, Gordon faced a full year suspension after violating the league's substance-abuse policy and testing positive for alcohol use. He was not eligible to return until the start of the 2016 season.

On January 20, 2016, Gordon applied to the league for reinstatement but the request was denied in March when it was reported that he had failed another drug test. He left the Cleveland Browns to enter an inpatient rehabilitation facility. After the second denial of his application for reinstatement, on November 1, Gordon was finally reinstated but only conditionally.

Gordon was traded along with a seventh-round draft pick in the 2019 NFL Draft to the England Patriots on September 17, 2018. He caught Tom Brady's 500th career touchdown pass in a game against the Indianapolis Colts on October 4, 2018.

Other than being a famous NFL player, Gordon is also pretty famous in social media. He has a multitudinous follower of 286K on his official Twitter account.

Josh is not only a world-class athlete but also a very attractive individual. The famous NFL star measures 6 ft 3 in / 1.91 m in height and weighs around 225 lb / 102 kg.