Joshua M. Bilicki, better known as Josh Bilicki is an American professional stock car racing driver who competes full-time in the NASCAR Cup Series. He drives the No. 52 Ford Mustang for Rick Ware Racing. Also, he has competed in the NASCAR Xfinity and Truck Series, and in sports car racing.

Menomonee Falls, Wisconsin native, Josh Bilicki was born on 3rd June 1995, under the star sign Gemini. The twenty-six years old holds an American nationality and is of white ethnic background.

Josh Bilicki makes an annual salary of $300,000, competing for full-time in the NASCAR Cup Series, driving the No. 52 Ford Mustang for Rick Ware Racing. 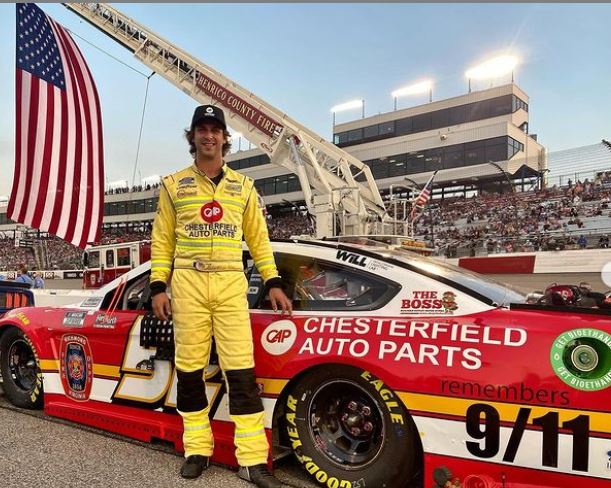 Besides a base salary, the other major income source is considered sponsorships, endorsements and no to mention win cash prizes.

Is Josh Bilicki In A Relationship? Know His Personal Life

When it comes to personal life Josh Billicki is a quite confidential person. The car racing driver has shared less to no information about his love life, not even his relationship status.

He is active on Instagram with 22k followers as of September 2021. He has only shared professional posts.

Since, there is no confirmation about his affairs, Billicki is believed to be single.

After racing Shifter Karts at a top level for nearly five years, Bilicki made the transition to sportscars at age fifteen in 2011. The following year, he earned his national racing license.

Bilicki began racing the SCCA Majors Tour and has qualified for the famed SCCA National Championship Runoffs every attempt tried. That same year, he made his debut in an Area Sportsman Stock Car at a local circle track, Jefferson Speedway.

In 2016, Bilicki debuted in the Xfinity Series with Obaika Racing at Road America.
In May 2019, he made his NASCAR Gander Outdoors Truck Series debut in the Digital Ally 250 at Kansas Speedway, driving the No. 34 for Reaume Brothers Racing.