Jose Luis Gaya Pena is a Spanish professional football player who plays for La Liga club Valencia CF as a left-back captain and plays for the Spain national team. Gaya is known for his 34 caps for Spain. He made his first debut match on 11th September 2018 against Croatia for the UEFA Nations League.

Gaya was born on the 25th May 1995 in Pedreguer, Spain to his parents José Luis Gayà and Eloísa Peña. He spent his childhood in Pedreguer with his parents, who have always supported him in sports.

Gaya was born in the Valencia community, so as he grew up later joined the Valencia CF'f youth team as a striker and scored over 60 goals. Valencia's captain made his senior team debut at the age of 17.

Valencia's left-back made his first appearance in the UEFA Europa League on December 12, 2012. Gaya played his first La Liga match with the main squad on 27th April 2014 against Atletico Madrid. 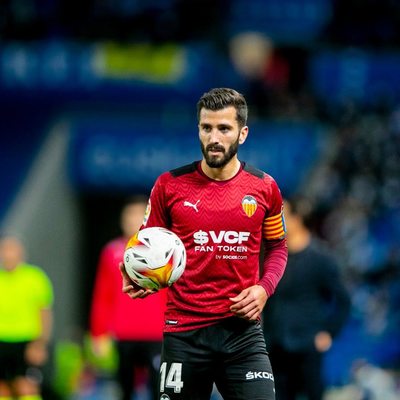 Valencia's captain stands 5ft and 7 inches tall and weighs over 64 Kg. Gaya has short brown hair with brown eyes and falls under the Gemini zodiac family.

Gaya is one of the successful and admired players who had struggled until now to reach where he is now. Valencia's captain might have collected some good fortunes to date as a professional football player playing for different reputed clubs.

Gaya is living a happy and lavish lifestyle with his family. Playing for the Spain national team might have boosted his net worth, he has an estimated net worth of 4 Million Euro approximately, and there is more to come for this talented player. To date, Adidas has sponsored Gaya.

No, Valencia's captain is not dating anyone to date. He is single and enjoying his life as it is. Gaya has been busy with his professional life than his private life and zips his mouth when it comes to his relationship and affairs.

Gaya is active on Instagram with 256K followers; his Instagram is filled with photos of his professional life and private life. Valencia's captain Instagram goes by jose_gaya.